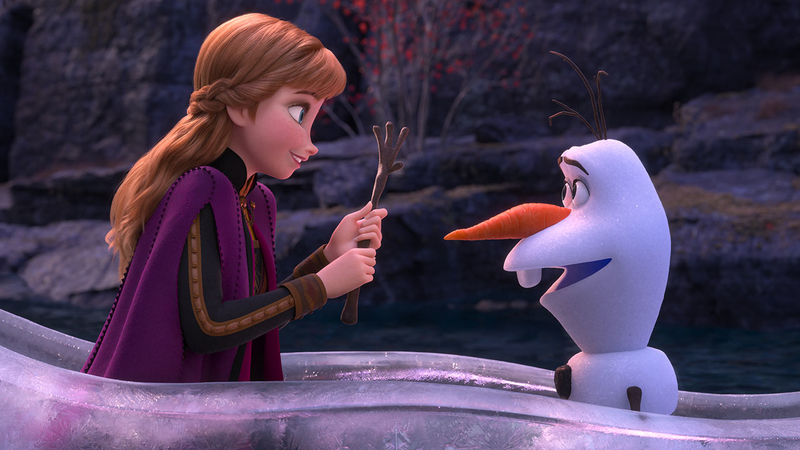 A new "Frozen II" trailer has arrived, and Elsa and Anna are embarking on a dangerous but remarkable journey.

The new look at the animated sequel dropped on Tuesday exclusively on "Good Morning America."

In the sequel, sisters Elsa (Idina Menzel) and Anna (Kristen Bell) go on a journey with their friends Olaf (Josh Gad) and Kristoff (Jonathan Groff). In the new trailer, we learned that the purpose of the journey is to learn more about the past, specifically the origin of Elsa's powers.

In the latest trailer, we also get to meet a new character named Nokk. According to Disney, Nokk is a mythical water spirit that takes the form of a horse.

Sterling K. Brown and Evan Rachel Wood have joined the cast but their characters have not yet been announced, according to IMDB.

Ahead of the trailer release, fans also got a new poster on Monday, featuring new looks for the sisters.

"Frozen II" will be released about six years after the beloved 2013 animated film, which won Oscars for Animated Feature Film and Best Original Song for "Let It Go." It created a cultural phenomenon and led to shorts and a Broadway show. As with the first film, "Frozen II" will be co-directed by Jennifer Lee and Chris Buck. Songwriters Kristen Anderson-Lopez and Robert Lopez will also return.

'Into the Unknown: Making Frozen 2' docu-series to chronicle making of 'Frozen' sequel