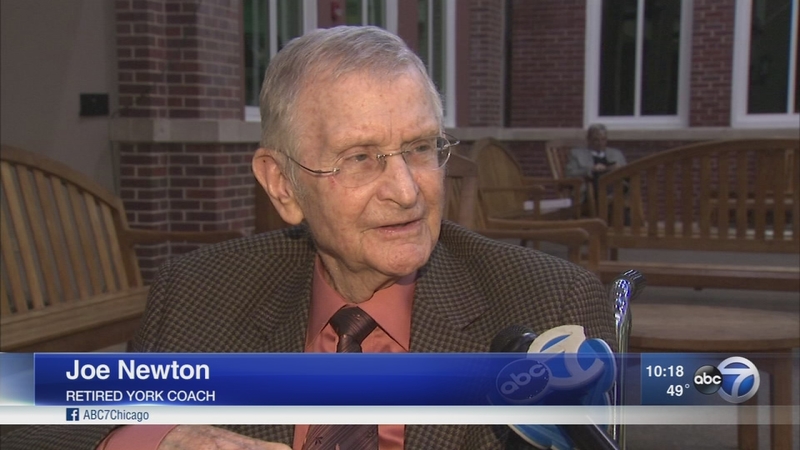 For 60 years, Joe Newton, now 87, coached generations of runners at the school. The walls of York's gym are decorated with nearly 30 state championship banners that the school has won under Newton.

On Sunday, the gym was packed with his former athletes for his retirement send-off.

"Even running in the Olympics, York is right up there as an experience. It's that special," said Marius Bakken, a former York runner and state champ who came from his native Norway for the retirement event.

Former state champ Don Sage, who came from Oregon for the event, said Newton "always believed in all of us."

Newton said the secret to his success was simple.

"Kids gotta know you love 'em and if they know that you truly love them, they'll do anything for you," Newton said.

He said he tried to make them better runners, as well as better people.

Newton's send-off is one that few educators receive, but his fans said that he has few peers.

Among his fans was Sebastian Coe, an Olympic champion, who send a video message to Newton.

At Sunday's dinner, Nike announced that it is starting a national high school coach of the year award named for Newton.

Sebastian Coe sent a message to his former coach.