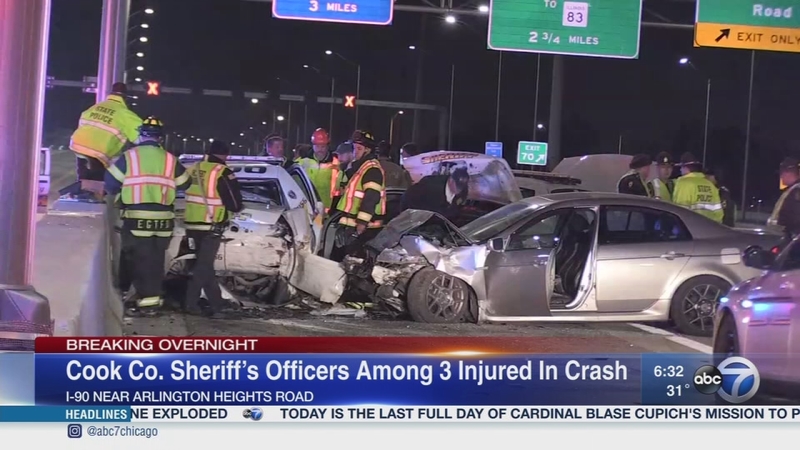 Officers certainly put their lives at risk when they conduct traffic stops. The two injured in this crash were doing just that when another car hit their squad cars, Illinois State Police said.

They had made a stop on eastbound I-90 near Arlington Heights Road when a car slammed into one police vehicle, which was pushed into the other police vehicle, around 11:10 p.m. All of the cars involved in the crash were heavily damaged. At least one person was trapped inside one of the vehicles, state police said.

Both officers were rushed to Lutheran General Hospital in Park Ridge. As of 6:50 a.m., one of the officers was still hospitalized and the other had been treated and released. The other driver was taken to a hospital in Arlington Heights. State police said they are all expected to be OK.

It's unclear if any citations have been issued to the driver.