WLS
By Evelyn Holmes
CLARENDON HILLS, Ill. (WLS) -- A fire broke out in the engine of an inbound Metra BNSF passenger train in west suburban Clarendon Hills during Monday morning rush hour, delaying the train more than an hour.

Train No. 1232 was scheduled to arrive in Chicago at 7:49 a.m., but shortly before that the train engineer reported a mechanical problem. The train stopped in Clarendon Hills with heavy smoke and flames billowing from atop.

There were no reports of injuries. Officials evacuated the morning commuters and stranded commuters, including Laticia Nichols, were put on another train headed downtown. 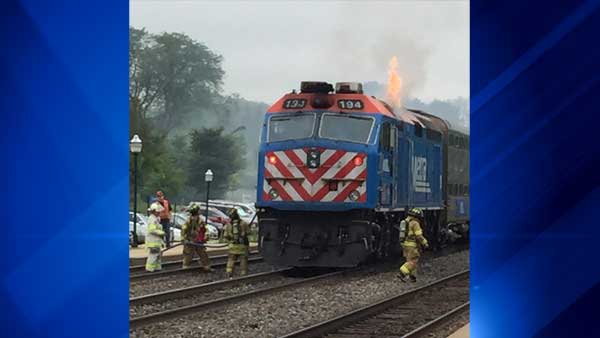 "It's tough to evacuate a train especially when you're not right in the station, but we were close enough that we could walk them off the train onto the platform," said Chief Ted Jenkins, of the Clarendon Hills Police Department.

Metra officials said the source of the fire was the alternator, which provides electricity to the locomotive and propels the train.

Crews put out the fire and towed the disabled train to the rail yard.

After the fire, train traffic was halted in both directions on the BNSF line to clear the scene and trains operated about 30 minutes late for short a period.

"After a half hour, when we were trying to evacuate, everyone was starting to get a little frustrated. But once they saw the fire and actually saw the flames coming through, I think everyone understood by that point," said Edward Shallcross, a Metra passenger.

Metra officials plan to investigate the train's history to see why the alternator caught fire. 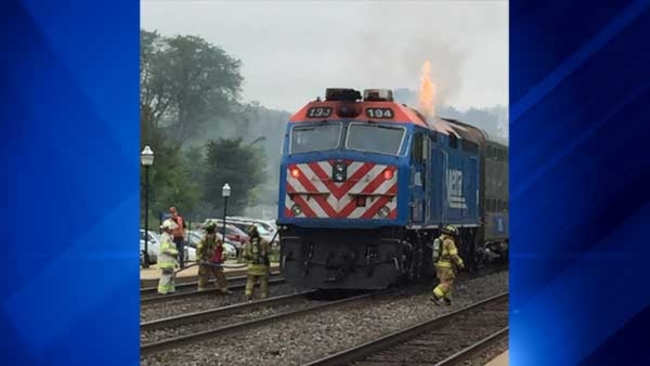