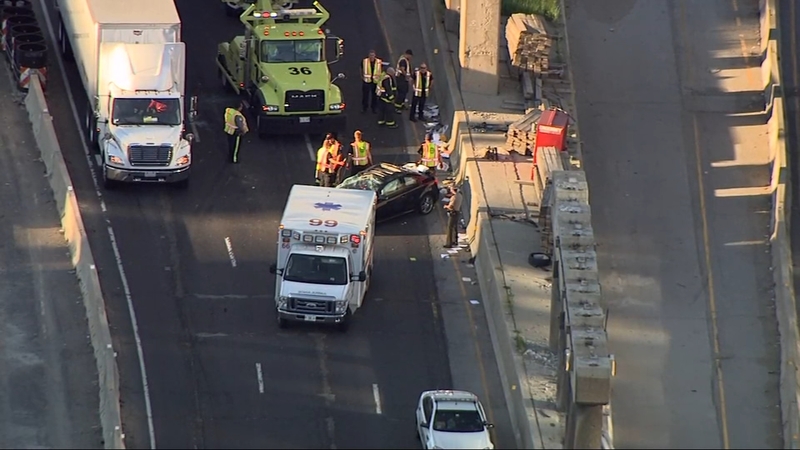 The crash occurred at the point where the inbound Dan Ryan becomes the outbound Kennedy near Jackson Boulevard. Chopper 7HD was over the scene around 6:45 a.m.

A black car sustained damage in the crash. Emergency crews blocked the two left lanes, so traffic from the inbound Dan Ryan was only able to get by in the right lane.