WLS
By Diane Pathieu
CHICAGO (WLS) -- Hundreds of new high-definition cameras are going to be installed all along the CTA to help improve security measures.

There has been an uptick on crimes on the CTA. Officials want to work to combat that.

Using money generated from the ride-sharing tax put in place last year, the first phase of a new safety and security initiative begins now, starting with new, high definition cameras along the CTA.

"It's really beneficial to people like me, commuters, people that need to get from point A to point B, and don't want to have any trouble," said CTA rider Mark Blashford.

Six hundred new HD cameras will be installed along the Blue Line's O'Hare branch at the O'Hare stop, Jefferson Park, Belmont and Logan Square along with the Blue and Red line subways, and at Clark and Lake.

The CTA is planning safety improvements across the city, ranging from new cameras to better lighting.

"At this station alone, we're going to add 50 new cameras, on top of the 33 exist throughout the system all of them will be high definition," said Mayor Rahm Emanuel.

That high definition gives a much clear picture. The idea is to catch any crimes that take place much faster with these more accurate pictures. Officials say the cameras have already helped arrest more than 1,300 people.

"While this has helped in 1,300 cases it also works as a deterrent, knowing full well that a station like this is not only going to have 33 high definition cameras but an additional 50," Emanuel said.

When the upgrade is complete, there will be 1,000 new HD cameras, and an upgrade on 3,800 older model cameras throughout the CTA system.

"We all take the Blue Line, and it's a public space and you have to pay to use the service so why not have that extra protection," said CTA rider Hythem Abad.

The $33 million project includes all the camera upgrades, and will also include lighting and other station upgrades, set to be complete in four years.

"It will also obviously be a part of a broader campaign, to remind people that when you are on our system, you are being watched," said CTA President Dorval Carter.
Report a correction or typo
Related topics:
trafficchicagoloopsafetysurveillance camerasecuritycta
Copyright © 2020 WLS-TV. All Rights Reserved.
RELATED 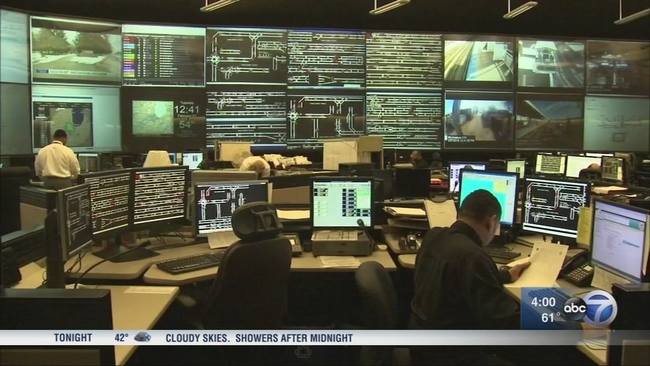