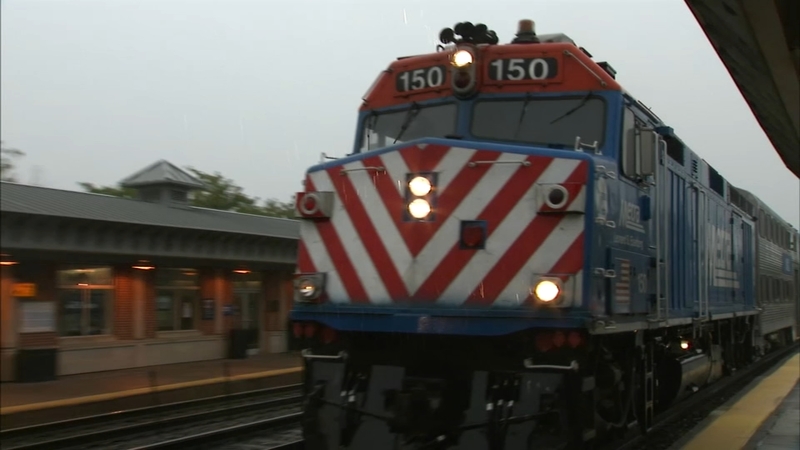 ELMHURST, Ill. (WLS) -- About every three hours, a person or vehicle is hit by a train, according to the National Traffic Safety Board.

As part of National Rail Safety Week, ABC7 Chicago got an exclusive look inside a Union Pacific locomotive cab Friday as it traveled from Elmhurst to Wheaton. Union Pacific Operating Practices Manager David Hilligoss said safety is the number one priority inside of the cabin.

"As an engineer gets more experienced, he becomes more aware of people's behaviors in and around crossings," Hilligoss said.

Trains weigh more than 800 tons and travel anywhere between 30 and 100 miles per hour and they can't swerve. Hilligoss said that's why operators are always on the lookout for people and vehicles trying to rush ahead of the train.

"Vehicles will typically will make a turn and go around a gate. So hopefully you can take action prior to an actual impact," Hilligoss said.

One Illinois man has made it his mission is to keep families safe around trains after his daughter died in a train accident.

In 1994, Lanny Wilson's 14-year-old daughter, Lauren, and 17-year-old son Luke crossed a downed gate in Hinsdale in a red Jeep and the end result was a crushed and mangled vehicle. Luke was severely injured.

"Just a few hours later we were told that Lauren would not survive," Wilson said.

Wilson is sharing his daughter Lauren's story to make sure people realize that train tracks are dangerous.

His motivation was the 1995 Fox River Grove train crash that claimed seven lives.

"If we didn't love her so much, I wouldn't be working so hard to prevent this tragedy from happening to other people," Wilson said.

The NTSB said train crossing related deaths are down about a third from 30 years ago; however, there are still more than 1200 train related deaths, including trespassers along the tracks, per year.