WLS
CHICAGO (WLS) -- At the height of the flooding on Friday, boats were more useful than cars in some parts of the Chicago area, including Burbank, Oak Lawn, Stone Park and Bellwood.

Three inches of rain fell at Midway Airport between 1 a.m. and 4 a.m. Friday, according to the National Weather Service. Another 1.47 inches fell at O'Hare during the same time.

Burbank Fire Department crews struggled Friday night to get a giant pump in place. Long after the water has receded in other areas, much of 84th Place remained under water in the southwest suburb. Earlier, crews went door-to-door by boat to check on residents. 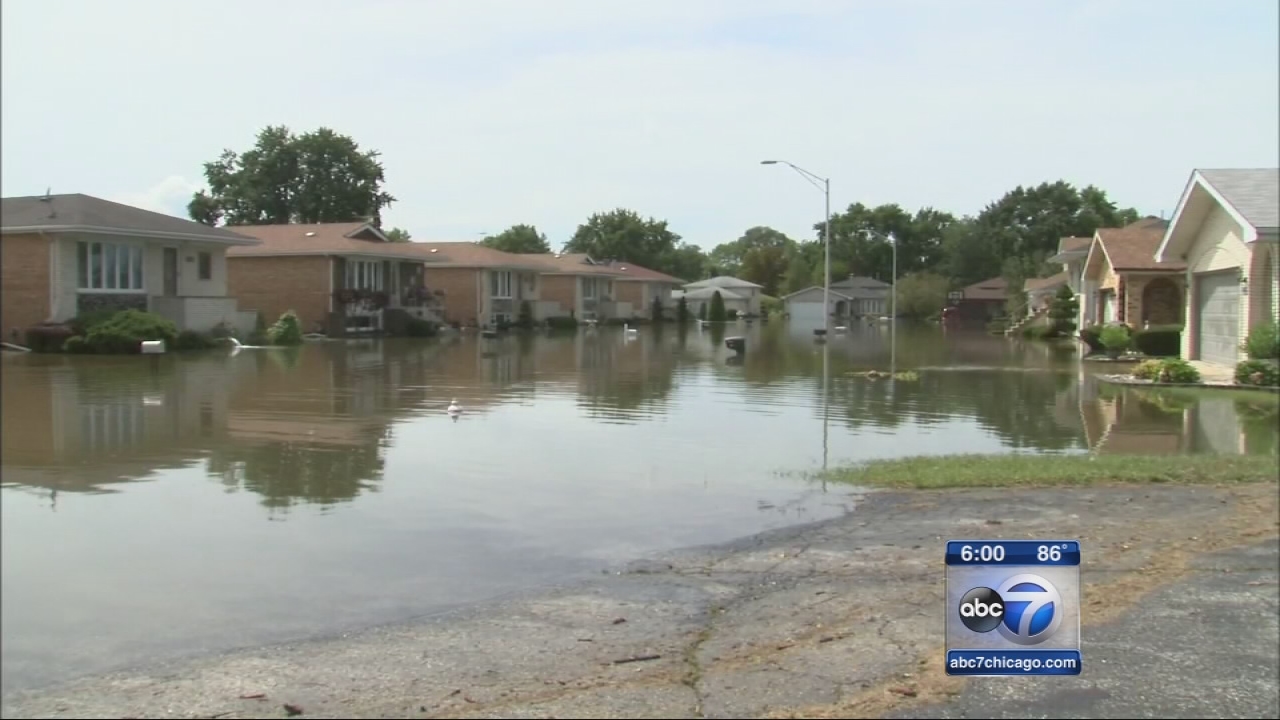 Severe flooding across Chicago, suburbs
Crews worked to pump flood water out after a band of thunderstorms measuring 10 miles wide dumped nearly five inches of rain on the Chicago area.

In many parts of the western and southwestern suburbs watercraft was the best way and - in some cases - the only way to get around.

More than four inches of rain fell about three hours over it in places like Bellwood and Stone Park, where the water overwhelmed drainage systems and retention ponds. There was nowhere for the water to go but the street or into people's homes.

"I woke up about 10 minutes to 4 a.m. and there was water in my basement. I walked outside and this street was covered," Burbank resident Bernie Mowatt said. "I've been using my Steamvac trying to clean my basement. The water wasn't going anywhere because the sump pump shut off. It was so bad." 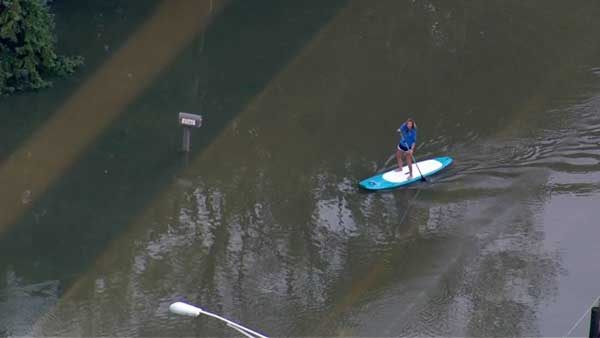 Some drivers were to abandon their stranded cars in the middle of intersections. Water levels were so high in some areas that drivers needed to be rescued from their cars via boat.

All District 111 schools in south suburban Burbank canceled classes Friday because of flooding. School will resume on Monday, Aug. 25. If Burbank residents are looking for shelter, Tobin School at the corner of 85th Street and Narragansett Avenue is open.

This is the second time this summer the Burbank area was hit hard with flooding. But the water slowly began to recede later Friday morning. 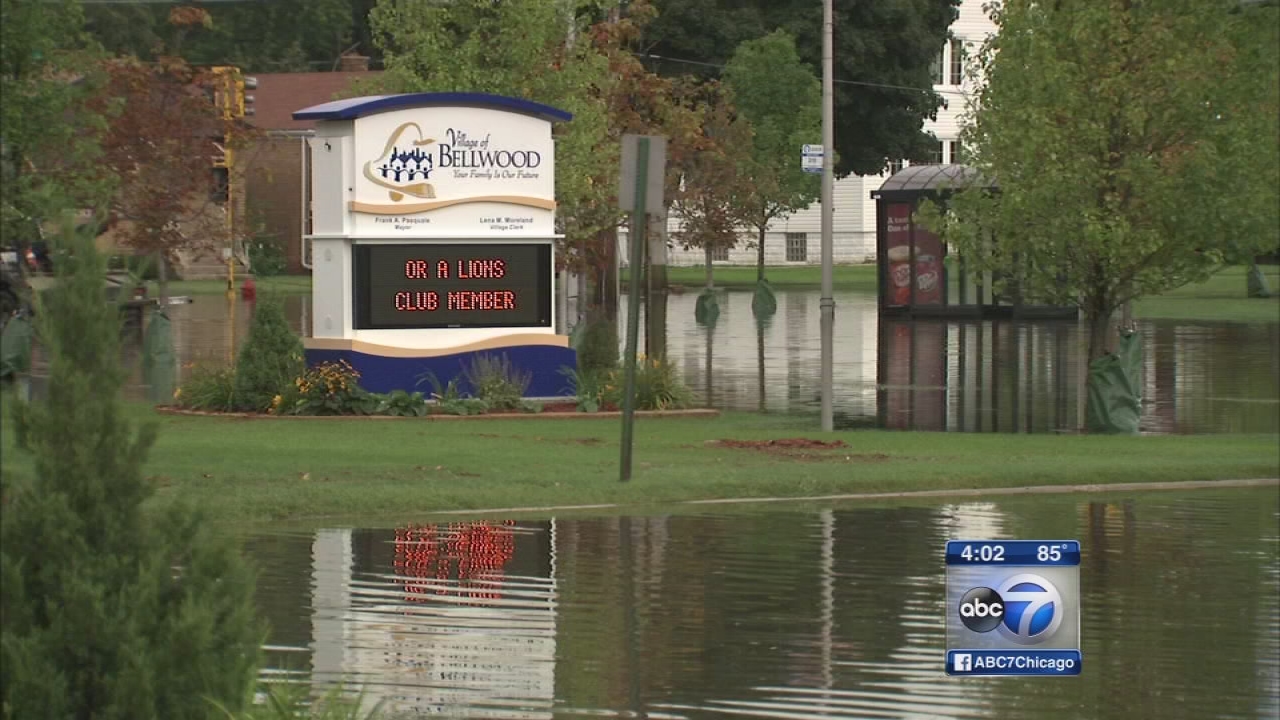 Bellwood is one of several western suburbs left waterlogged by heavy rain on Friday. Long-time village resident Armin Covington said his wife found three feet of water in their basement.

"We do have extra police officers out doing traffic control, making sure we block off the streets," Bellwood Director of Public Safety Andre Harvey said. "We've called in extra firefighters to hold over and work. We have our fire departments strategically placed in the community where they can get to any side of the community without a problem."

Bellwood elementary schools and middle schools are closed on Friday. Students will return to class on Monday.

The National Weather Service upgraded its initial flood advisory to the warning about 2:20 a.m. for Cook and DuPage counties, as well as parts of Lake County in northwest Indiana. However, by 4 a.m., the severe weather had moved out of the area, according to the weather service.

Late Friday and early Saturday also face a chance of widespread rainfall, according to the weather service. Some storms could again bring heavy rain to the area.

Riders are advised to allow for extra travel time and use the Pace Bustracker system on Pacebus.com to get a better estimate of when they buses will arrive.

The CTA resumed Blue Line service between Forest Park and Harlem with residual delays after it was suspended for more than an hour due to flooding early Friday morning.

All lanes of the Eisenhower Expressway (I-290) re-opened Friday morning after high-standing water shut down the highway in both directions at Des Plaines Avenue overnight. Flooding on North Avenue at I-290 closed both the inbound and outbound ramps.