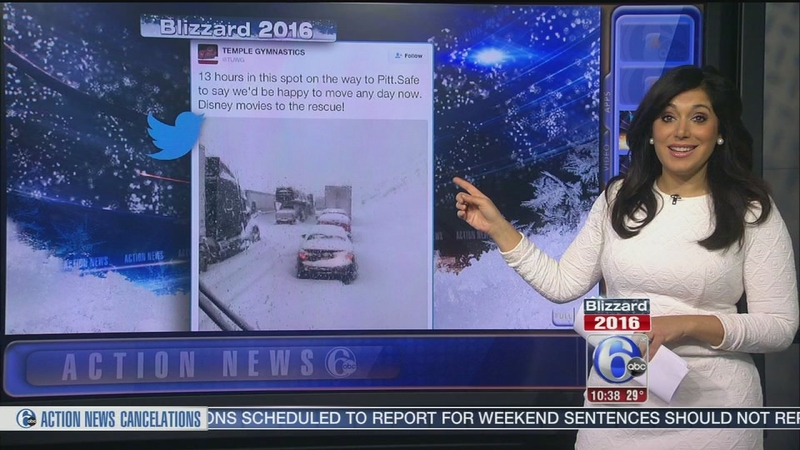 The team has been in the same spot at Mile Marker 140.

They say, fortunately they have a bathroom, and television on the bus. They have been able to watch some Disney movies.

13 hours in this spot on the way to Pitt.Safe to say we'd be happy to move any day now. Disney movies to the rescue! pic.twitter.com/tdkon22P0R

There are 14 gymnasts, 3 coaches, 1 athletic director and of course the bus driver waiting to move.

The team was heading to the University of Pittsburgh for a meet.

Wreck It Ralph to be exact 👍🏽 pic.twitter.com/aOfHAdI1uG

WTAE is reporting that some drivers have been stuck on the road for at least 16 hours.

There is at least one line of stuck cars, according to WTAE's reporter, that stretches for 7 miles.