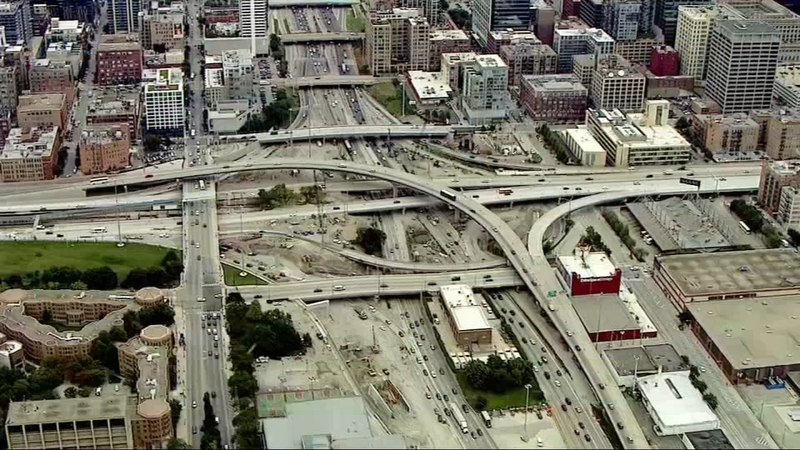 CHICAGO (WLS) -- It's the largest road construction project underway in Illinois, and motorists will see some big changes on the Jane Byrne Interchange this weekend.

More than 400,000 vehicles drive through the Jane Byrne Interchange every day. The more than $700 million is in place because this interchange was built in the 50s and 60's and was not meant to handle the current level of traffic.

The outbound Ida B. Wells Drive will close from 11 p.m. Monday to 5 a.m. Tuesday for striping to allow an additional lane to open between Halsted and Racine streets on the outbound Eisenhower. The inbound Kennedy to outbound Eisenhower ramp will be closed during the same time period.

Additional closures will be put into effect next spring to reconstruct the ramps connecting the Kennedy, Dan Ryan and Eisenhower expressways as well as Ida B. Wells Drive.

The project started in September 2013 and The other major ramps are set to be completed by December 2020. The entire project is slated to be finished by the late fall of 2022. IDOT has created a website, www.janebyrneinterchange.org, for the project that includes timelines and a livestream.
Report a correction or typo
Related topics:
trafficchicagonear west sideconstruction
Copyright © 2021 WLS-TV. All Rights Reserved.
More Videos
From CNN Newsource affiliates
TOP STORIES