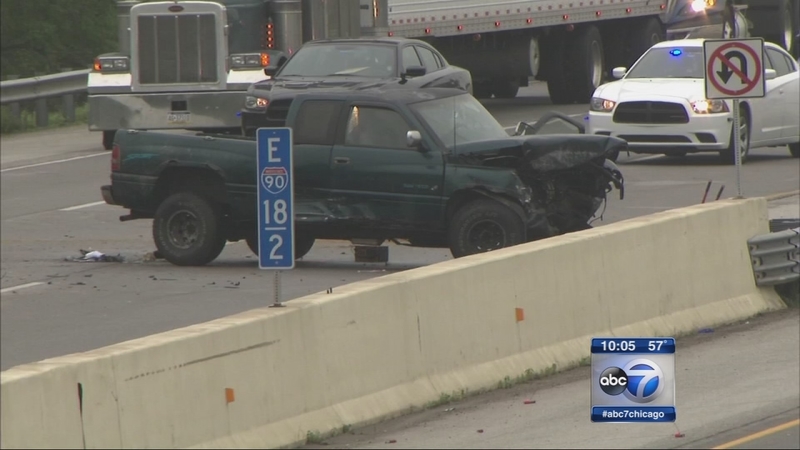 GARY, Ind. (WLS) -- All lanes have reopened on the Indiana Toll Road after one person was killed in a collision involving a state trooper vehicle near Gary, officials said.

The trooper's vehicle collided with two other vehicles while traveling eastbound on the highway around 1:30 p.m. Friday, police said.

The trooper was responding to a reported crash and attempting to cross several lanes of traffic when a pick-up truck hit his squad, police said. The pick-up crossed into westbound traffic and hit a Ford Fusion head-on, killing its driver, Lucas Del Valle, 51, of Amherst, Ohio.

Del Valle's wife, two daughters, the state trooper and the driver in the pick-up were hospitalized with minor injuries, officials said.

Both the east and westbound lanes were closed for several hours during the Friday afternoon rush hour as police investigated.

The extensive closures caused massive delays and traffic was backed up in the eastbound lanes for an estimated 14 miles.

"I'm with a group of friends and we're trying to get to the Rush concert at the United Center, and we just got off on to I-90 west, we noticed that there were a lot of unmarked Dodge Chargers that were state troopers heading up in front of us, and all of a sudden it just became a huge parking lot," said Kirk Fitzgerald, a driver.