The ramp from the inbound Dan Ryan Expressway to inbound Congress Parkway closed around 5 a.m. Illinois Department of Transportation workers set up a detour: drivers can exit Roosevelt Road and then zig zag down Jefferson, to Harrison, to Wells.

The inbound and outbound Stevenson Expressway ramps to the Dan Ryan are reduced to one lane. The right lane of the inbound Dan Ryan from the Stevenson to Roosevelt Road will be closed. The ramp from the inbound Day Ryan to the outbound Eisenhower remains open but has been shifted to a temporary roadway.

Crews are building a flyover ramp connection the inbound Dan Ryan to the outbound Eisenhower Expressway. The one-mile ramp will split in two directions at the top when it is finished. The left lanes will head to the Eisenhower and the right lanes will lead to Congress Parkway.

IDOT officials said the new two-lane bridge is expected to save time and decrease congestion on the interchange, which has been called one of the worst traffic bottlenecks in the country.

Construction on the $475 million project is not scheduled to finish until summer 2016. The ramp closures and lane reductions will remain in effect until work is complete. 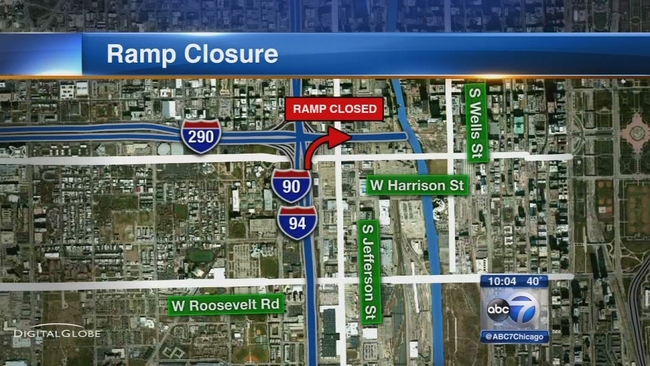 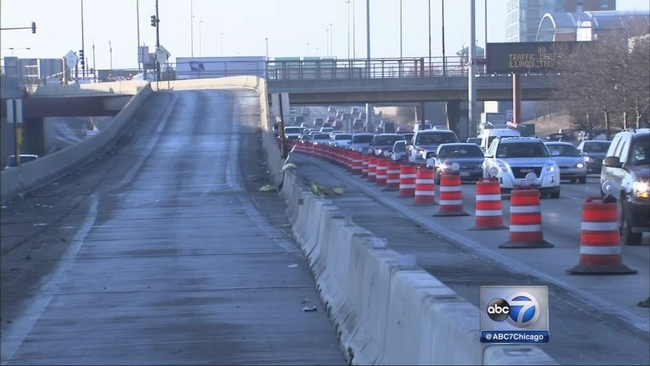 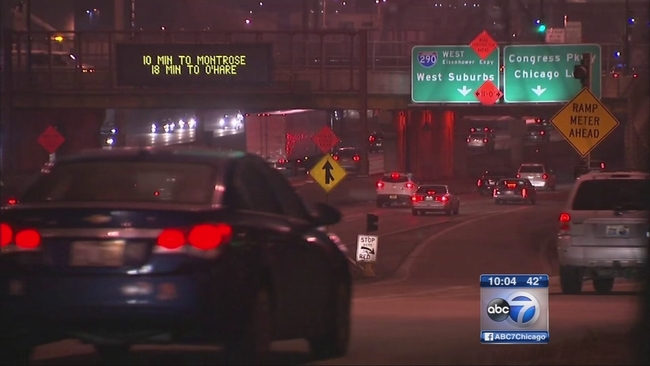 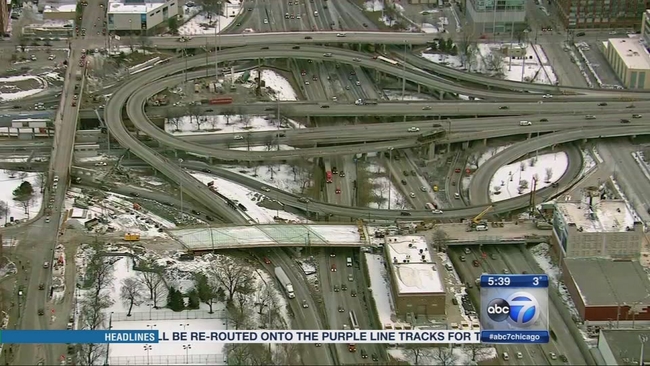