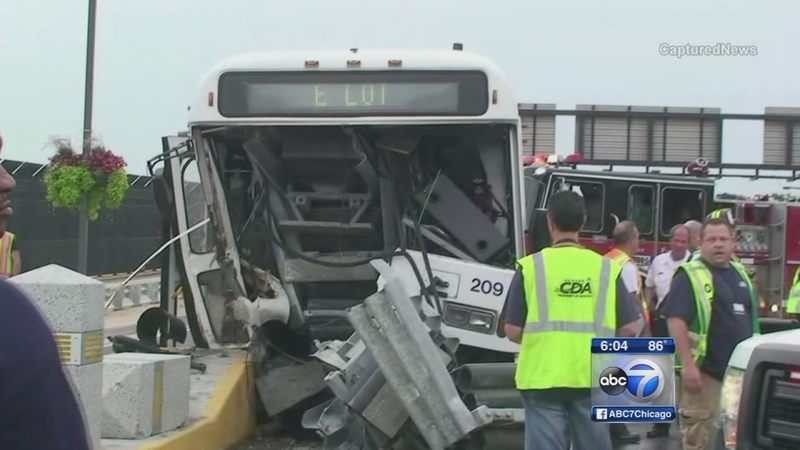 CHICAGO (WLS) -- Two firefighters on their way to the O'Hare fire station helped rescue a pinned-in bus driver and others injured in a shuttle bus crash just off westbound I-190.

A bus, which had just picked up passengers from a nearby lot, crashed into a concrete divider on the ramp approaching Terminal 1 around 6:30 a.m. Friday. The guardrail was driven five feet into the bus as a result of the impact, nearly splitting it in half. 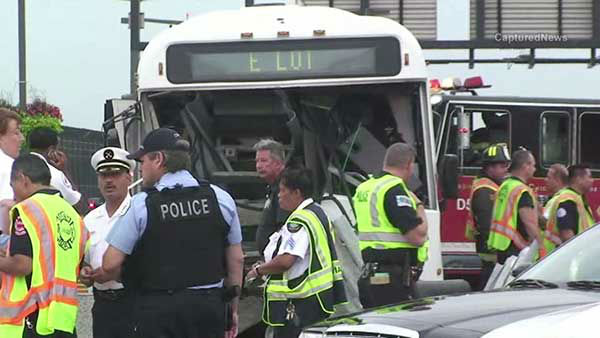 "Kind of surreal, the bus was just going straight into barrier, you saw steam and smoke come out of front of the bus and fluids all over the ground," said Bob Gembala of the Chicago Fire Department.

Gembala, on his way to work at O'Hare, was a couple lanes from the bus when it crashed. He jumped out, radioed for help and went to the back of the bus, opening the emergency door to help the passengers who had been thrown about.

"A lot of blood, a lot of what seemed like broken bones," Gembala said.

At the same time firefighter Rory Williams, who was also on his way to work and right behind the bus, grabbed a ball-peen hammer in his car, broke out a window and with the help of another airport employee and pulled the pinned driver out of the wrecked bus. Williams tweaked his back in the process, but kept helping the injured.

"Rory didn't even want to go to the hospital, but we sent him for precautionary reasons," said District Chief Timothy Sampey of the Chicago Fire Department. "We had to order him to stop treating people so he could go to the hospital himself."

The accident resulted in traffic backups on I-190, causing some deadline-challenged passengers got out of their cabs to walk to the terminal, which presented another challenge.

Officials said there does not appear to have been any breaking before impact. The shuttle bus driver told police that she was cut off by a another motorist, but video surveillance of the area does not support her version of events.

The driver is a contract employee with the private vendor hired by O'Hare to move passengers from remote lots to the terminal, and has been ticketed for failing to stay in her lane.

Fortunately, the collision point wasn't a foot to the left, which would have put the driver directly in the path of the guardrail that launched into the front of the bus.

The driver remains hospitalized, and none of the injuries to the 12 passengers were life-threatening.
Related topics:
traffico'harebus crashohare airporttraffic accident
Copyright © 2021 WLS-TV. All Rights Reserved.
RELATED 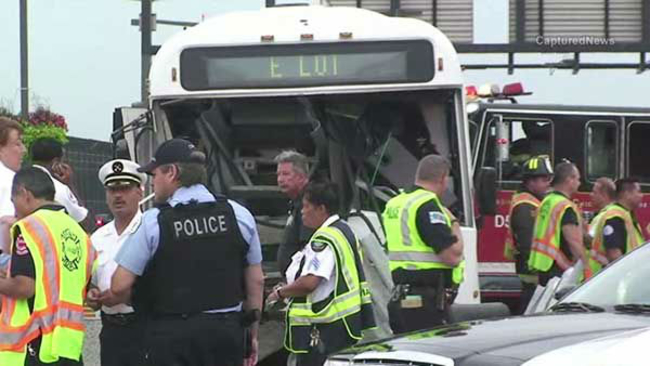