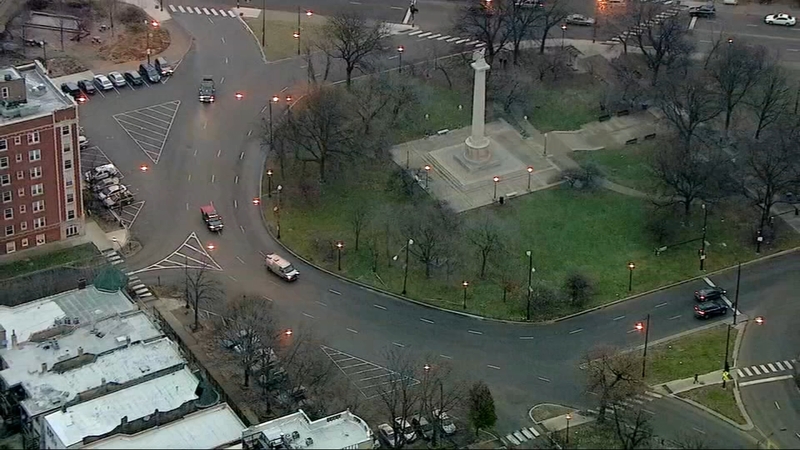 CHICAGO (WLS) -- The Chicago Department of Transportation unveiled Tuesday a plan to reconfiguration a six-way junction in the Logan Square neighborhood which many have called dangerous for drivers, cyclists and pedestrians.

The Logan Square traffic circle - where Milwaukee, Kedzie and Logan Boulevard intersect -- is unique in that it's not a true roundabout because it's broken up by stoplights.

But it has confused locals and tourists alike for years.

"The actual square is very confusing, especially in a car. It's worse for cars because pedestrians come out of nowhere," said resident Jill Osborn.

CDOT's plan aims to address the confusion and safety. The entire project is expected to cost about $10 million in city, state and federal funds. Construction isn't expected to start until at least 2020.

For the last 18-months, CDOT officials have studied how to improve the intersection as part of the city's larger plan to overhaul a one-mile stretch of Milwaukee Avenue under the Chicago Complete Streets initiative.

A public meeting was scheduled for Tuesday night seeking community input on the plan.

The CDOT plans calls for re-routing Milwaukee around the circle and turning the center into a true plaza with more green space.

"A lot of it has to do with, I think that it's confusing and you need to weave with traffic, or there's large intersections," said Nathan Roseberry, a CDOT engineer.

Better marked bike lanes are also part of the plan.

Bicyclist Juan Sebastian Arias, who lives in Logan Square and bikes to work in the Loop, supports bike safety. He is also a member of the Logan Square Neighborhood Association, which has raised concerns that an unintended consequence of improving the traffic circle could be gentrification.