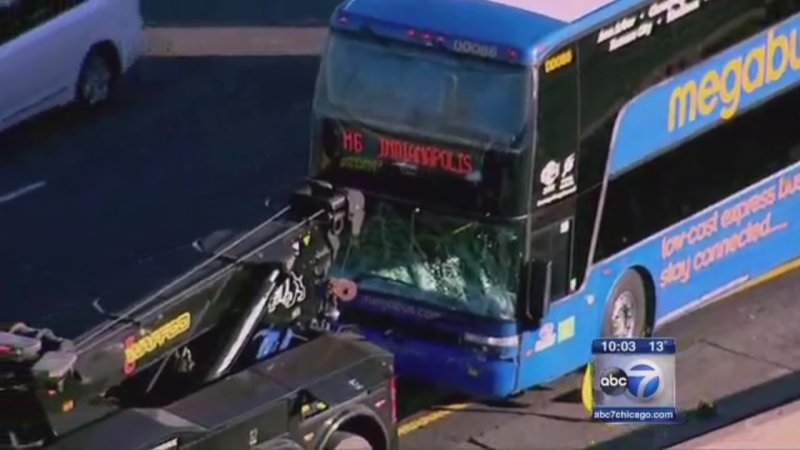 HAMMOND, Ind. (WLS) -- A Megabus was involved in a chain-reaction crash in Hammond, Ind. on the Indiana Toll Road near 120th Street on Tuesday afternoon. The crash occurred when the driver failed to stop or slow down for traffic created by fatal crash nearly two hours earlier, Indiana State Police said. 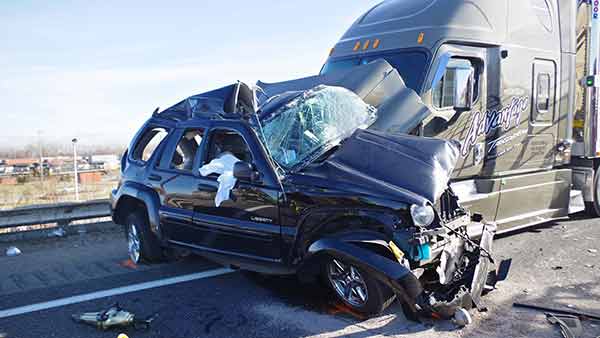 Megabus crash ties up traffic on Chicago Skyway, Ind. Toll Road
A Megabus was involved in a crash just before the Chicago Skyway, one of three accidents reported in the area on Tuesday afternoon, officials said.

"All of a sudden you hear this crash, and I looked up, and the windshield was starting to crack," said Caitlyn Yancey, Megabus passenger.

Indiana State Police say the trouble began around 11:15 Tuesday morning, when Emma Hartman, 18, of Glenview, was hit and killed by a semi after crossing from the eastbound to the westbound lanes, allegedly while texting.

"I did not feel any braking. If there was any braking, it happened like a couple feet before the impact," said Will Pearson, a Megabus passenger.

Pearson says he was three rows behind the driver, 63-year-old Albert Jackson, who police say failed to slow and hit the first of several vehicles.

"We hit it so hard that it spun off to the right and almost went over the guardrail," Pearson said.

"As soon as he kept on trying to brake, it was like he crashed through like four cars," said Jocelyn Lopez, a Megabus passenger.

Two people in a Kia sedan were taken to a hospital with non-life-threatening injuries. Police say no one else was hurt in the other vehicles or on the bus.

"I'm most disheartened by the people on the bus. They are complaining about being late. Who cares?! You're alive. People are at the hospital. My God," said Lilly Brown, a Megabus passenger.

It was the second Megabus crash in Indiana this month. On Monday, a Georgia passenger filed a lawsuit against Megabus related to a December 20 crash on I-65 near Seymour, Indiana. That bus carrying 70 passengers was headed from Chicago to Atlanta and rolled over on its side in icy conditions. A couple dozen people suffered minor injuries.

In a statement, New Jersey-based Megabus said it was working with state police and that safety is the company's top priority. Authorities did not say if the driver was cited.

Eyewitness News was unable to reach the driver, Albert Jackson, for comment. 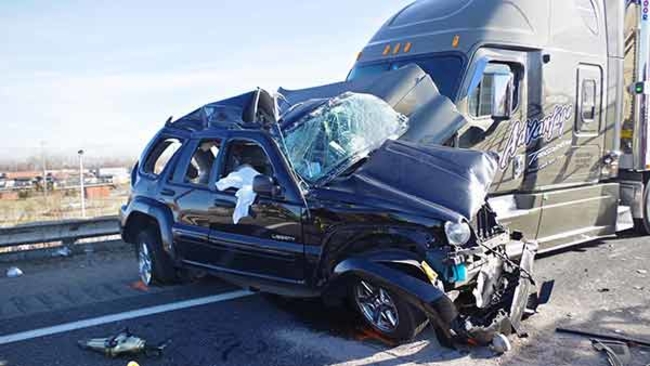 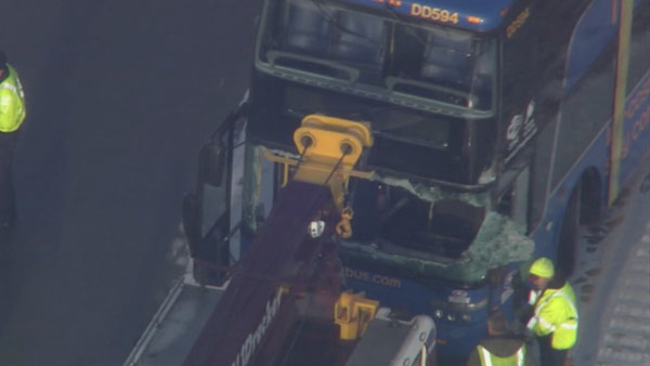