WPVI
By Bob Brooks
PHILADELPHIA -- Authorities have formally charged a 39-year-old DUI suspect in the death of a Port Richmond mother who police say died saving her two children when the man's SUV veered out of control Saturday night.

Ryan McHugh, of the 4700 block of St. Dennis Drive in Philadelphia, is charged with two counts of homicide by vehicle, aggravated assault while driving under the influence, involuntary manslaughter and causing an accident involving death.

The family is building a memorial for 28-year-old Rosa Lydia Rojas near Aramingo Avenue and Tioga Street where she was fatally struck around 9 p.m. Saturday.

Police say Rosa and her two children, 11-year-old daughter Leani and 9-year-old son Jadiyn, were standing along the road after getting food when McHugh's SUV jumped the curb and plowed into them.

Investigators say she managed to push her daughter out of the way. Rosa shielded her 9-year-old boy, but they were both hit.

The SUV driver took down a pole before hitting the mother and son.

Rosa was taken to Hahnemann University Hospital where she died from her injuries. Her family says they know she died a hero saving her kids' lives. 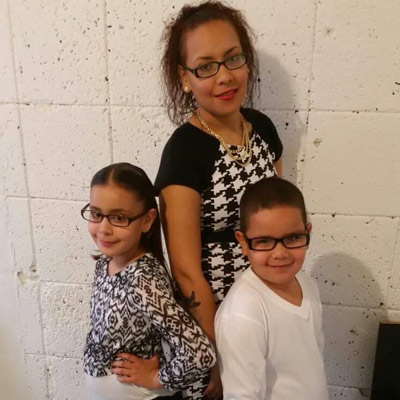 Her family says they know she died a hero saving her kids' lives.

Rojas' father shared his memory of his last moments with his daughter.

"The last time I spoke to her was two days ago. I should have told her how much I love her, but I didn't," Eugenio Rojas told Action News on Sunday.

"I've got to bury a kid knowing that it's not supposed to be like that. It's supposed to be my kids burying me and that hurts," Rojas said. "I wish I could bring my daughter back. I know I can't."

Jadiyn was taken to St. Christopher's Hospital. He is in critical, but stable condition.

"He had a broken leg, broken arm. He got blood through his brain," Eugenio Rojas said.
EMBED More News Videos

McHugh, the driver of the SUV, was held by witnesses at the scene before being arrested by officers.

Mchugh is being held on more than a half million dollars bail.

"I hope he rots in jail," said Eugenio Rojas.

"The last time I spoke to her was two days ago. I should have told her how much I love her, but I didn't," Eugenio Rojas told Action News.

Eugenio says he wants his grandson Jaydin to know everyone loves him and is pulling for him as he recovers in the hospital.

Action News learned that Rosa was about to get married.

The family pleads for anyone thinking about driving under the influence to make a different choice. They don't want more families to have to go through the pain of losing a loved one.
Related topics:
trafficpennsylvaniapedestrian struckchild injuredpedestrian injuredphiladelphia
Copyright © 2020 WPVI-TV. All Rights Reserved.
More Videos
From CNN Newsource affiliates
TOP STORIES