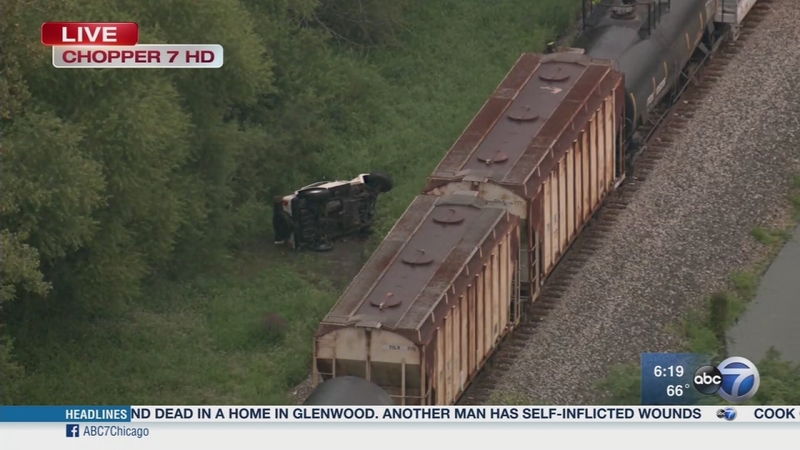 Chopper 7HD was over the scene around 6 a.m. where the tracks intersect Patterson Street, near West 81st Avenue, in Dyer.

A white Jeep Wrangler appears to have been dragged about a quarter mile north of the intersection after the collision. The vehicle ended up on its side in the grass.

The St. John Fire Department responded to the scene. Fire officials said they believe the Jeep was stolen and abandoned on the tracks before the crash.

After an extensive search, officials said no victims were found.

Since the CSX freight train was about two miles long, several intersections were blocked to traffic until the crash investigation was complete.