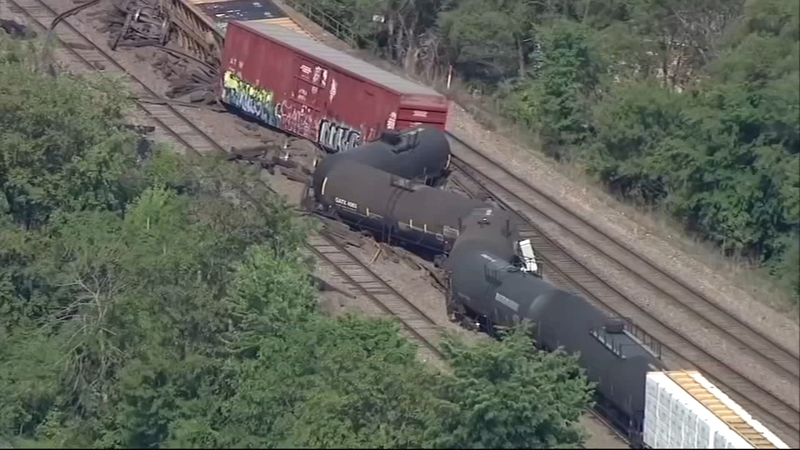 "We heard the train go by, we hear trains go by all day long. This one was particularly loud at one point. We heard about two to three loud bangs then silence after that, so I knew something was going on," said Mike Huntley, who works nearby.

BNSF Railway, which owns the line, said six to eight cars of a 109-car train derailed in the incident. Freight rail traffic stopped while crew removed the derailed cars.

Boxcars tipped on their sides, tearing up railroad ties as they went down, and tankers curved into an abnormal S. All of the cars were empty.

"I'm just glad there wasn't an explosion because of the tanker cars that were up there," Huntley said.

No injuries were reported. Aurora Animal Care and Control and another business in the 600-block of River in the area were evacuated as a precaution.

Police are asking drivers to avoid the area. They have not said what the freight train was carrying.

The Aurora Fire Department cleared the scene just before 4 p.m. and there were no immediate hazards.

Amtrak officials said five trains traveling to and from Chicago were affected by the derailment.

Amtrak said it is unsure how service may be affected Friday morning. The work to remove the cars from the tracks is expected to take about 24 hours.