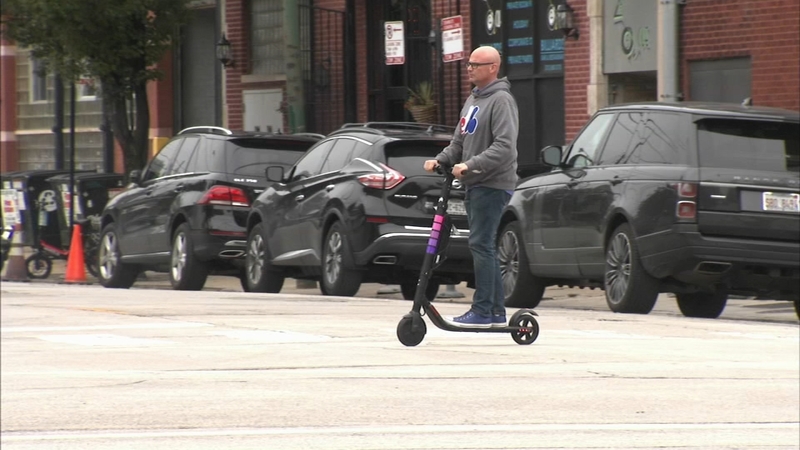 CHICAGO (WLS) -- Will Chicago get electric scooters permanently? That's the question facing the city, as a test run of the program ends Tuesday.

Now the city will be tasked with the decision on whether to keep them, extend the pilot program or do away with them all together.

The program has drawn some mixed reviews. The city says the 2,500 scooters were taken out for about 800,000 rides since mid-June. Those who support the program say not only are they a fun way to get around, but they are also are a good way of connecting commuters to public transit.

"Two thirds of people want Chicago to keep the scooters around," said Kyle Whitehead of the Active Transportation Alliance. "When people rode the scooter at least once, support went up to 91 percent, so you mention people describe them as fun and a good way to get around, so we've supported Chicago establishing a long-term program if we focus the efforts on increasing riding in parts of the city that really lack transportation options like Belmont Cragin."

But critics of the program have said "scooter litter" was one of their biggest complaints, or riders zipping on sidewalks instead of streets.

One of Active Transportation recommendations in their report was to institute docking or public post stations.