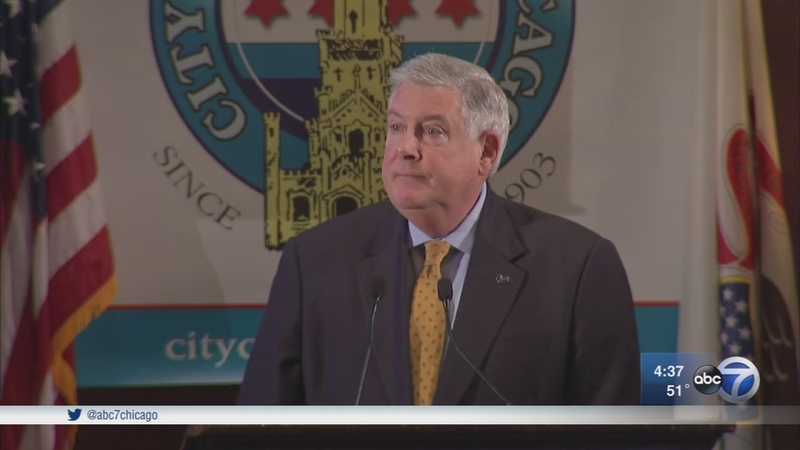 CHICAGO (WLS) -- A train derailment this week highlights a bigger problem that the state needs to address, according to the head of the agency that oversees Metra, Pace and the CTA.

The crux of the problem is aging infrastructure, and it's complicated by a lack of money to fix things. And that's despite fare increases that have passed or are proposed for all three major transit agencies serving the Chicago metro area.

Repair efforts continued on tracks outside Union Station that were damaged by a Tuesday night derailment. But as the region's mass transportation system gets older, there could be more problems without a massive infusion of money. That was part of the message Thursday from the head of the Regional Transit .

"You can't go 10 years without repairing your roads and bridges and mass transit systems without some repercussions. And you're seeing fare increases or proposed fare increases on Metra Pace and CTA because the state has essentially cut $100 million," RTA Chairman Kirk Dillard said.

But Dillard said much more money is needed. He pointed out that the gas tax in Illinois, which helps pay for transportation infrastructure, has been at $0.19 a gallon since 1990. With inflation alone, it should be $0.32.

"As we're looking to lure Amazon and their 50,000 jobs here, let me tell you we're doing it in an environment where we really need to have Springfield and the federal government, but really Springfield because it's our state, step up with respect to an infrastructure bill," Dillard said.

Despite the derailment and other winter weather delays, Dillard said Metra's and CTA's overall on time performance makes this the best mass transit system in the country. And he said fare increases won't hurt ridership as much as other factors.

"Dependability, on-time performance, the amenities that riders want, to me if you let those decline, you're going to lose more riders than a fare increase every now and then," Dillard said.

For riders, it's a matter of taking things in stride.

"They do what they do on their part and we as riders we'll do our part and keep supporting Metra," rider P.J. Destin said.

Dillard pointed out that 31 percent of the mass transit capital assets are not in good repair, and of course, older equipment means more costs for repair.