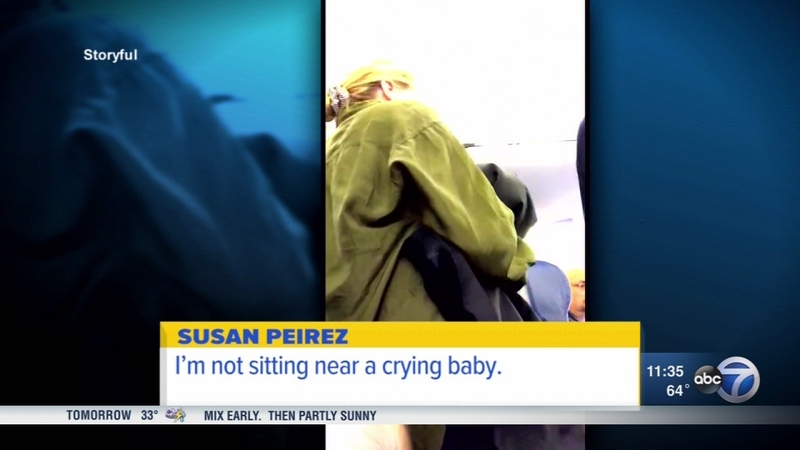 Mom who filmed passenger's viral rant comes to her defense

There was some unintended fallout from a viral video showing a woman clearly upset about sitting next to a toddler on a plane. The viral video has been viewed more than two million times on Facebook alone.

Marissa Rundell, who was traveling with her 2-year-old son, pulled out her phone to record a woman, Susan Peirez, complaining about her seat assignment.

Peirez: I'm not sitting by a crying baby.
Rundell: He's not gonna be crying the whole time.

Then, Peirez is seen giving the flight attendant a hard time.

Peirez is seen apologizing to the flight attendant, but she was eventually escorted off the plane.

Delta said in a statement to ABC News: "We ask that customers embrace civility and respect one another when flying Delta. This customer's behavior toward a fellow customer was not in keeping with those standards."

By the time the flight took off, Rundell had posted the video on Facebook - and the reaction was swift. Peirez's employer, the New York State Council on the Arts, said it is launching an investigation and placing her "on leave until further notice."

But the mom who took the video is now defending Peirez. Rundell told ABC News she had no idea her profile was public and that so many people would see her post.