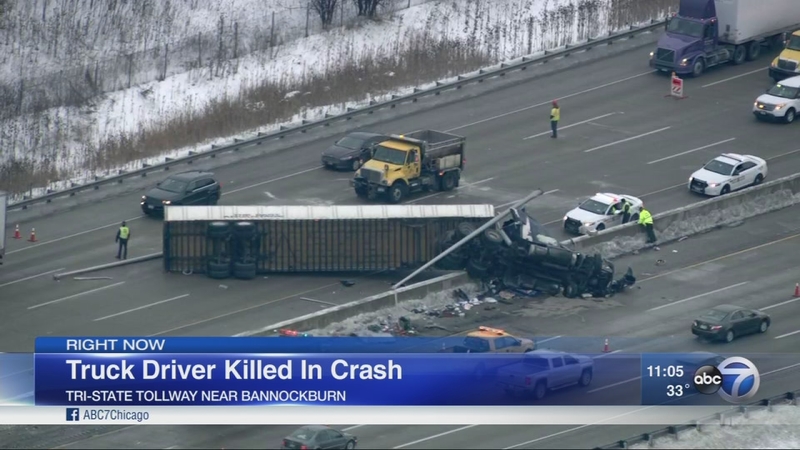 METTAWA, Ill. (WLS) -- One person died and one person was injured early Friday morning in a rollover crash on the Tri-State Tollway at milepost 20, Illinois State Police said.

Investigators said a 2007 semi tractor-trailer was heading west on I-94 when a wheel came off the truck around 5:50 a.m. between Everett Road and Route 60 in north suburban Mettawa.

The driver lost control, struck a 2007 Chevrolet, hit the concrete median and overturned, state police said. The driver was thrown from the cab and died at the scene. The victim's identity has not yet been released.

When the semi stuck the barrier, it also knocked down a light pole, which fell onto a 2016 Subaru heading east, police said.

The driver of the Chevrolet was transported to Advocate Condell Medical Center. That driver's injuries were not life-threatening.

The truck and emergency crews blocked lanes on both sides of the tollway for hours. All lanes reopened around 12:45 p.m. Friday.