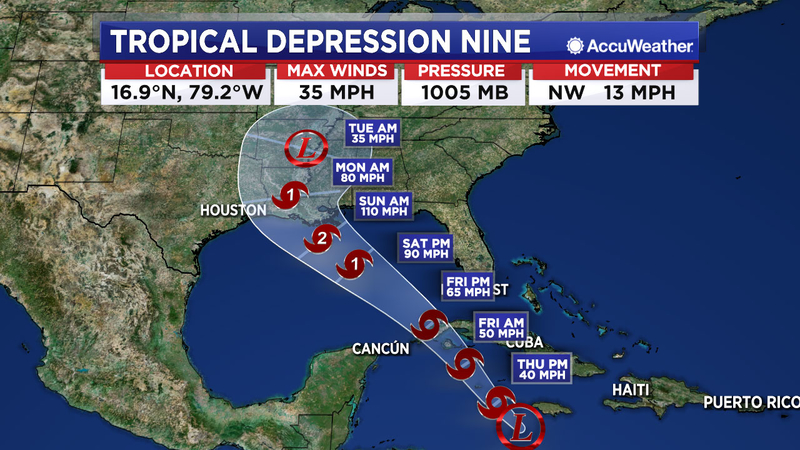 MIAMI -- Tropical Storm Ida formed Thursday in the Caribbean and could become a major hurricane by the time it reaches the northern U.S. Gulf Coast over the next several days, forecasters said.

Both the Cuban and Cayman governments have issued tropical storm warnings following the formation earlier of Tropical Depression Nine, which strengthened into Ida Thursday afternoon, according to information on the website of the U.S. National Weather Service.

Thursday afternoon, Ida was located about 100 miles west southwest of Negril, Jamaica, and about 130 miles southeast of Grand Cayman.

The storm is traveling northwest at about 14 mph. It is expected to approach western Cuba and the southeastern Gulf of Mexico on Friday, and be a major hurricane by the time it reaches the northern U.S. Gulf Coast on Sunday, the weather service said. The central U.S. Gulf Coast should start to see rain from the depression by early Sunday.