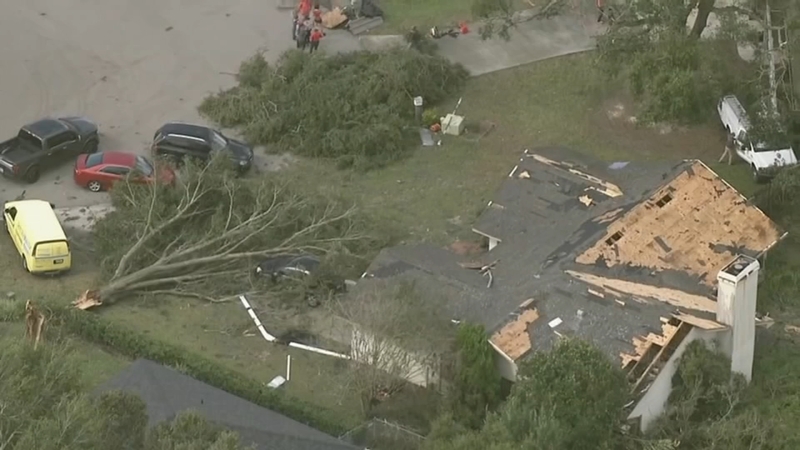 As Nestor traveled toward the Gulf Coast on Friday, officials in New Orleans weren't taking any chances amid fears that strong winds could bring down two cranes damaged in the Hard Rock Hotel construction site collapse.

Crews were scheduled to use explosives to take down the cranes on Saturday, but the demolition has been postponed until Sunday.

Strong winds flipped over a semi-truck and brought down power lines, knocking out power to thousands of people.

The storm comes one year after Category 5 Hurricane Michael struck Florida's panhandle, making landfall in Mexico Beach. Residents there are still struggling to recover from the devastation.