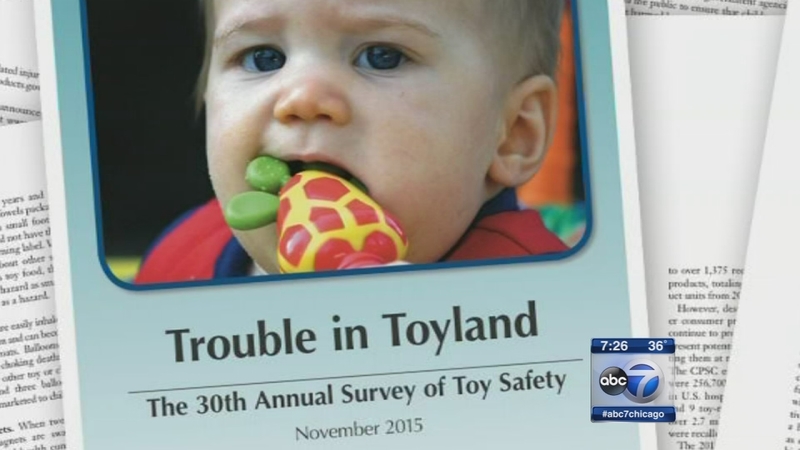 CHICAGO (WLS) -- Toys making the naughty list were released Tuesday in an annual consumer watchdog report. Researchers say they found choking and noise hazards along with dangerous levels of chemicals in some toys - but the toy industry is firing back.

"We constantly are being confronted with dangerous products for children," Illinois Attorney General Lisa Madigan said.

PIRG says lab tests found metal in one toy with 23 times the legal limit of chromium, a chemical that can cause skin irritation and allergic reactions.

The I-Team has exclusive access to the lab on the city's Near West Side where toys were tested. Metal was scraped from the toys and analyzed. 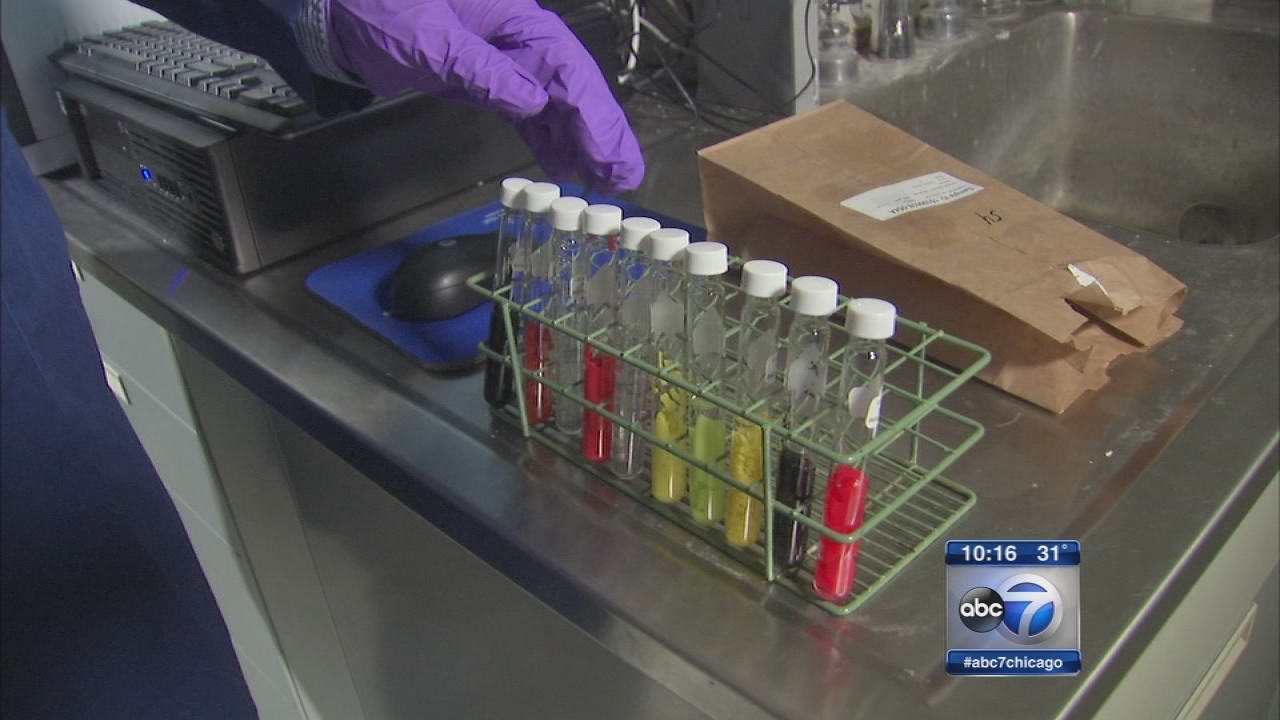 Trouble in Toyland
The ABC7 I-Team has an exclusive, behind-the-scenes look at the lab testing your children's toys.

Then there were these plastics from several other toys melted down in test tubes. Researchers say one test showed a plastic toy with 10 times the legal limit of phthalates.

The U.S. has the strongest standards in the world when it comes to toy safety, but Congresswoman Jan Schakowsky says some manufacturers may still violate laws.

"Our work is definitely not complete even with the law we find there are toys exceeding legal limits," Schakowsky said.

The lab where the chemical testing was done is accredited by the Consumer Product Safety Commission and other government agencies, but the Toy Industry Association says they are not specifically accredited by the CPSC for chromium testing.

"We are saying that is not the lab you would go to if you were going to do a full range toy test. You would need to prove your toy is safe so you would go to ta lab that understands first and foremost as their business, toy testing safety and one that reports directly to the CPSC," said Steve Pasierb, president of the Toy Industry Association.

The TIA also questions why PIRG includes some toys on its danger list that pass industry standard choking tests.

PIRG suggests that consumers should instead use a toilet paper roll to test for hazards and a doctor at Lurie Children's Hospital cautioned parents to watch for small, round objects.

"If you get something round and you are small and it gets back in your wind pipe, it blocks everything," said Dr. Elizabeth Powell, Lurie Children's Hospital.

ABC7's Jason Knowles asks: "If PIRG has the mission of just wanting safer toys, what's the harm in that?

"The mission of the toy industry is to have safer toys. There are no margins on unsafe toys no company wants to put a product out there that has to be recalled," Pasierb said.

The toy industry also points out that recalls have shrank considerably in recent years.

Consumer advocates say the 300 toys tested in their report can be found at all types of stores, nationwide.