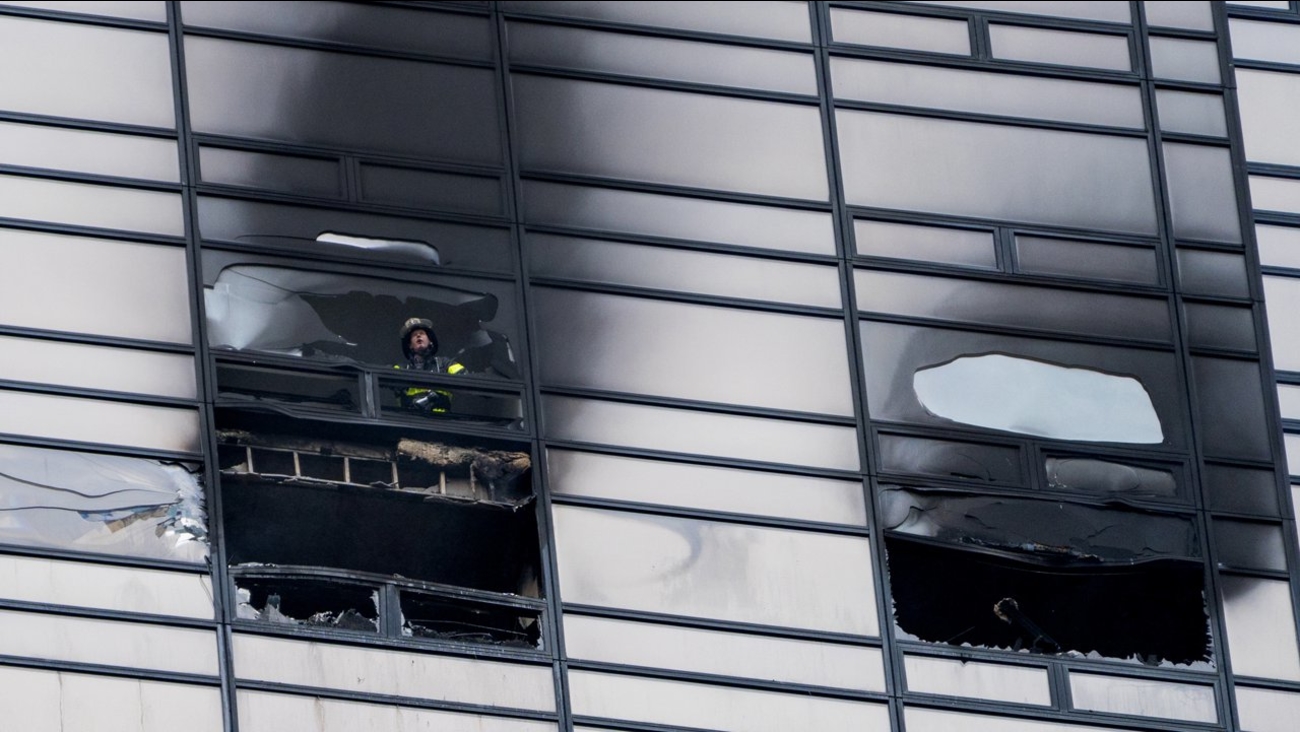 A firefighter looks out from the window of a damaged apartment in Trump Tower in New York on Saturday, April 7. (AP Photo/Craig Ruttle)

Sixty-seven-year-old Todd Brassner died after being pulled from the apartment, which did not have sprinklers or a smoke alarm. Brassner was an art collector who spent time with Andy Warhol.