TSA educating public about how to fly with guns 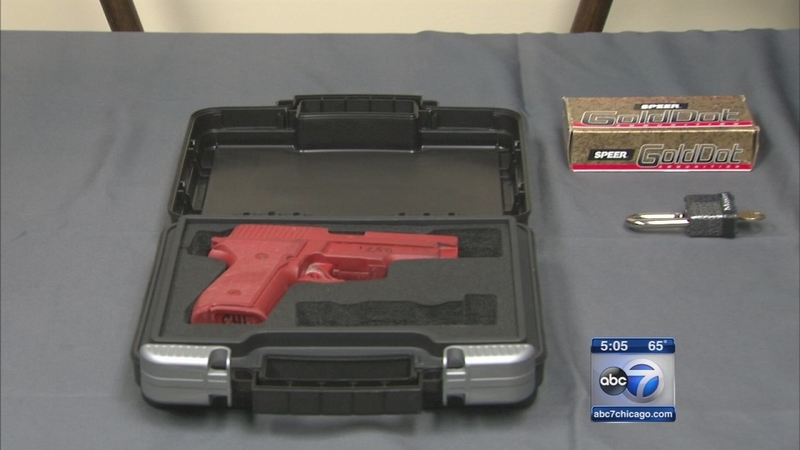 CHICAGO (WLS) -- The Transportation Security Administration is looking to educate the public on flying with firearms after a series of recent arrests involving guns in carry-on luggage at Chicago's airports.

The problem is not unique to Chicago. The number of passengers caught at security check points with firearms in their carry-on bags has increased at airports throughout the country.

The TSA says you are allowed to bring an unloaded gun on a plane, but it must be packed and checked properly.

One might think people would know the rules of carry-on luggage and TSA security checkpoints, but the TSA says that is not the case when it comes to guns.

"I forgot or didn't know it was in my bag, that's the two most common excuses," says Kevin McCarthy of TSA.

Those excuses can be costly. Penalties include a federal fine of thousands of dollars and, in Chicago, a class 4 felony criminal charge. Despite the penalties, the number of passengers caught with weapons increases just about every year. In 2014, a total of 20 firearms were found at O'Hare International Airport; so far in 2015, eight have been confiscated. At Midway International Airport, six guns were confiscated in 2014 and seven have been confiscated so far in 2015.

Nationwide, the TSA discovered 2,200 firearms at airports across the country in 2014, a 22 percent rise compared to 2013 according to McCarthy. He says 88 percent of confiscated guns were loaded.

While the TSA would not say if there is any link between the increase of guns and conceal carry laws, officials did acknowledge that the American public is not as vigilant with TSA rules as they were years ago.

The TSA says unloaded guns are allowed in checked luggage as long as they are put in a locked gun case and declared at the ticket counter.

The TSA says it's also important to check out the gun laws in your departure and arrival cites.