OAK PARK, Ill. (WLS) -- Four people were injured Tuesday afternoon after propane tanks exploded at a garage at the Turano Baking Company on the border of Oak Park and Berwyn, fire officials said. 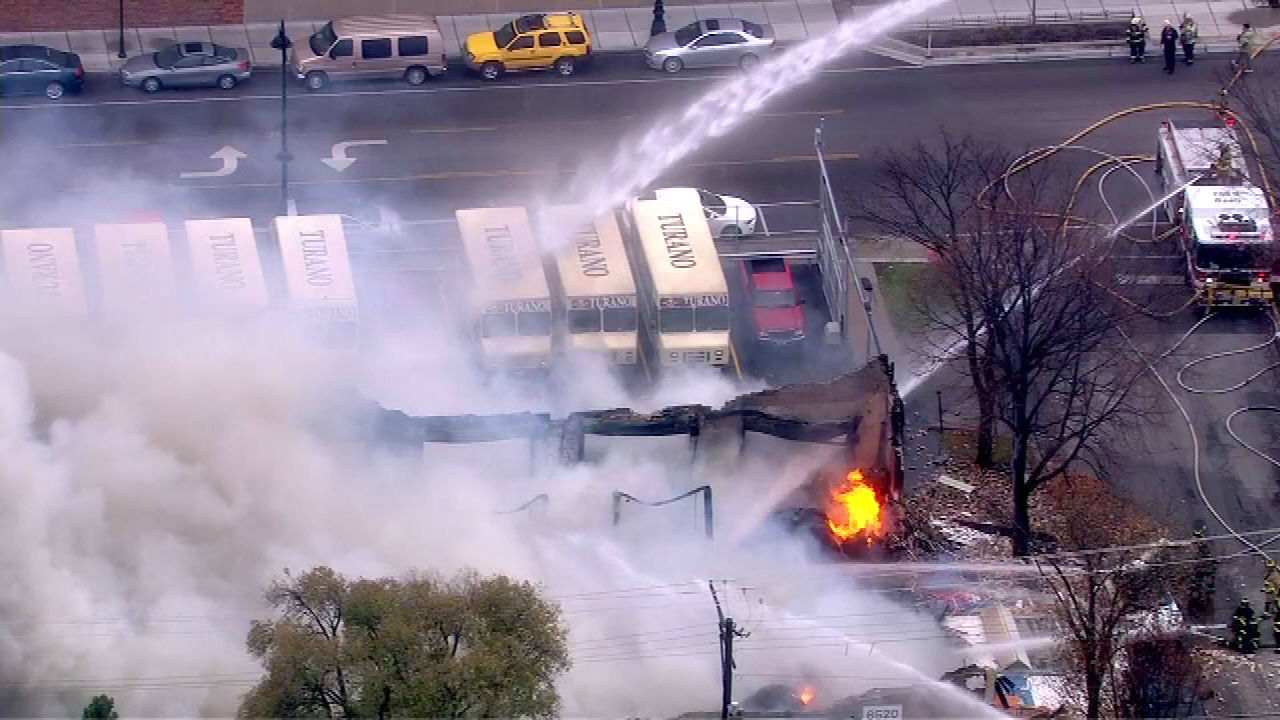 Oak Park Fire Dept. Battalion Chief Kevin Wiley said the fire began around 2:30 p.m. with an explosion inside a maintenance facility owned by Turano and used to service its delivery vehicles. A worker was changing a propane tank he believed to be empty when propane shot into the air and was ignited by the building's heating system, Wiley said.

"The building is in pretty bad shape. It was pretty much torn apart in the initial explosion. All four walls are down," Wiley said.

One person was taken to the burn unit at Loyola University Medical Center, and three others were treated and released from Rush Hospital in Oak Park, officials said.

"The explosion had blown off his pants and his legs were bleeding. He was alright because he was walking, but he was stunned," witness Rory Valentine said.

The maintenance building was leveled by the blast, but Turano's main building wasn't damaged. Witnesses say it shook homes in the area and at least one nearby structure was damaged by flying bricks.

"I could see the roof coming down, the walls expanding like blowing out and all the bricks come flying out," witness Thomas White said.

The main Turano bakery across the street was evacuated as a precaution, but Turano said its employees were only temporarily interrupted by the fire. They returned to the factory and it resumed operations Tuesday evening.

Roosevelt Road was closed near East Avenue for several hours on Tuesday night. It has since reopened, but firefighters remained on the scene working to extinguish hot spots.

Several hundred homes and businesses in the area were still without power Tuesday night, ComEd said.