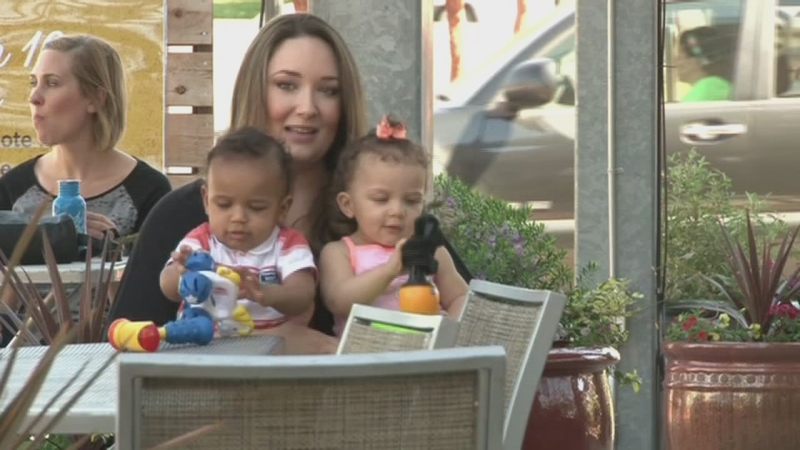 LINCOLN, Calif. -- When you think of twins, you probably think of things -- or people -- that look alike. But in Lincoln, CA, there's a set of twins that have very different looks, KXTV reports.

Viviana and Dennis Ng were born to an Irish/Hispanic mother, Ashley Ng, and a predominantly African-American father, Kenika Ng. Viviana, with her blue eyes and light brown hair looks white like her mother, and Dennis, with brown eyes and black hair is a vision of his dad who is African-American, Chinese, and Hawaiian.

Ashley tells KXTV that people generally are confused by the children's looks and even ask questions about whether the babies have the same father. "Some people are actually bold enough to ask that," Ashley said. "More than often, they ask if they were naturally conceived."

The twins are fraternal, meaning they came from two different eggs and sperm, KXTV explains. The likelihood of one child looking black while the other looks white is rare, but possible experts say. Especially when the parents are interracial, and in this case biracial.

Ashley hopes her children will embrace their distinctive qualities. She said, "Usually when people are interracial, they feel as if they have to identify with one or the other and I'd like them to embrace it even though they look completely different. So hopefully that will encourage them to do that as they get older."