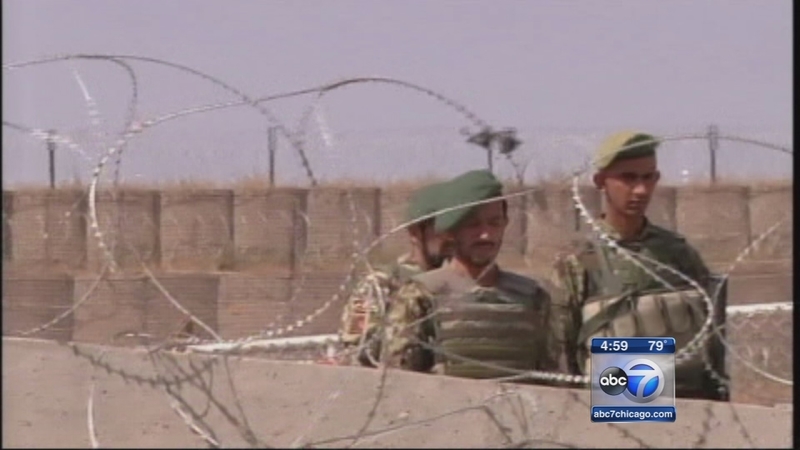 CHICAGO (WLS) -- Illinois lawmakers and a retired lieutenant colonel reacted on Tuesday to the deadly attack at a defense university located at a U.S. Army base near Kabul.

"A death like this is a big victory for the Taliban," IL Senator Mark Kirk said of the fatal shooting of a two-star general in Afghanistan.

The Afghan Defense ministry describes the gunman who killed U.S. Maj. Gen. Harold Greene and wounded 15 others as a "terrorist in an Army uniform." The shooter opened fire with a light machine gun before he was killed.

There are a host of questions: Did the shooter know in advance that an American two-star general would be in the camp? If so, was there a security breach? Generals typically travel with their own security details.

"He could have been inside a secure area and somehow it was breached. Unfortunately, there's a lot we don't know at this point," Lt. Col. Ryan Yantis, U.S. Army (Ret), said.

Colonel Ryan Yantis hosted a Union League interview with Army Staff Sargent Ryan Pitts who last month was presented with the Congressional Medal of Honor for battlefield heroism in Afghanistan. Pitts didn't discuss Tuesday's attack at Camp Qargha, but said his experience suggests that Afghan military has become more professional over the years.

"We actively worked very close with the national police and we had a successful relationship in pressing the fight with the enemy," Staff Sgt. Ryan Pitts/Cong. Medal of Honor

Afghanistan remains a war zone with many unknowns. Before the newest U.S. commander general left for that war zone, the state's senior senator said he asked a couple questions.

"Is the Afghan army up to this? Can they hold this country? He said, 'I think so but I can't give any definitive answers until I go there.' And then he arrives to this. It's not a good commentary on the status of Afghan forces," Illinois Senator Dick Durbin.

Several years ago, those insider attacks, increased in number. But with tightened security, and the draw-down of U.S. troops, there have been far fewer of the so-called "green on blue attacks."

Tuesday's event upsets that trend- whether the shooter was simply disgruntled with foreign military presence or a Taliban plant. There are plenty of questions investigators are now pursuing.