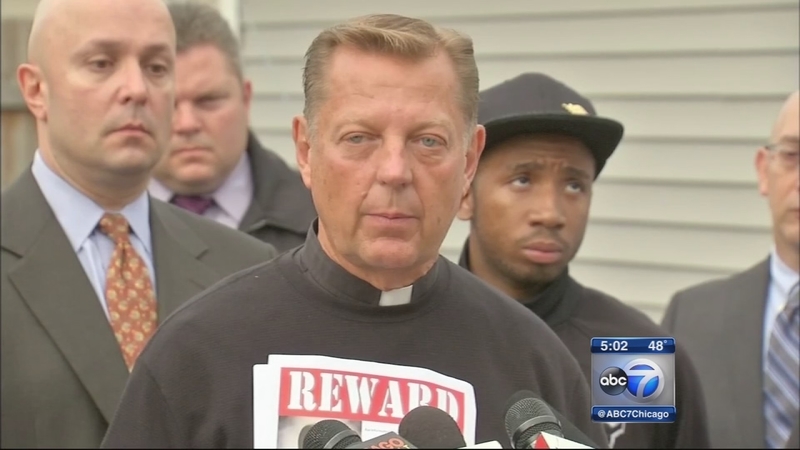 CHICAGO (WLS) -- Some are stepping up and offering a safe haven to those who might have information about the shooting death of 9-year-old Tyshawn Lee, including St. Sabina Church's Father Michael Pfleger.

"Come stay in my house until we relocate you, you can stay here, whatever it takes. But please do not allow this murderer to walk around," Pfleger said.

With a $54,600 reward and a promise to relocate, the case has gone unsolved. The reward jumped from $35,000 on Friday after an anonymous donor contributed $10,000 and a GoFundMe account kicked in another $1,000, police said.

Reggie Ray grew up in the Auburn Gresham neighborhood. He wants to see more efforts to protect witnesses.

"Why do we have to put people in jeopardy because they want to help out? There's got to be a way to get the information without making it public on who gave the information," Ray said.

Pam Bosley has seen the consequences of someone coming forward. And she knows the other side the pain of not knowing. In 2006 her son Terrell was shot and killed. No one has been convicted.

Pfleger said someone from outside Illinois has already called to offer help relocating anyone who has information in Lee's murder.

Police say Lee was fatally shot while walking to his grandmother's home in city's Gresham neighborhood earlier this week. In a news conference Thursday, they said he was the targeted victim of a possible ongoing feud between two gangs.

Relocation as well as a $54,600 reward are being offered for information leading to an arrest in the child's murder. Anyone with information on the shooting should call Chicago police at 312-747-8271.

Lee's funeral will be held on Nov. 10 at St. Sabina Catholic Church. Visitation will be at 10 a.m. with a funeral service at 11 a.m.