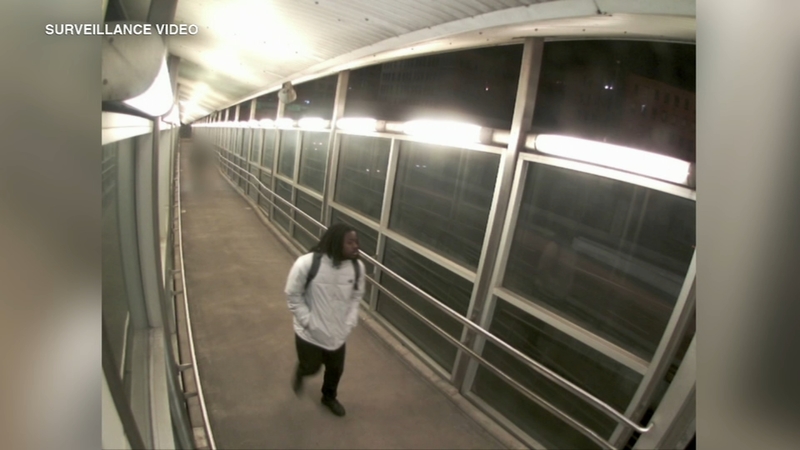 The 19-year-old sophomore was found strangled in the backseat of her family's car at a UIC parking garage near Halsted and Taylor streets.

Police were able to track her suspected killer with the help of multiple security cameras.

Donald Thurman, 26, seen on the video in a white jacket, is charged with first-degree murder and sexual assault. Police said he has confessed to the crime and has a criminal history.

Police said surveillance video shows Thurman at about 1:35 a.m. Saturday following George into the garage and then leaving a half hour later.

Thurman allegedly confessed after being arrested at the nearby Harrison and Halsted Blue Line stop. Investigators said they had staked out that station after tracking his travel patterns with the help of nearby cameras.

"The defendant was angry that he was being ignored. The defendant came up behind the victim, grabbed her around the neck from behind, and put her into a choke hold," said Cook County Asst. State's Attorney James Murphy. "With his arms still wrapped around the victim's neck the defendant dragged the victim from the ground and he opened her back seat car door."

Prosecutors said Thurman sexually assaulted the already unconscious George. A palm print and DNA evidence left behind linked him to the crime, which has rocked campus and devastated her family.

Thurman is on parole for armed robbery, serving two years of a six-year sentence.