A woman who lives in Ukrainian Village told police her brake lines were cut after she parking a 'dibs' spot someone else had shoveled.

CHICAGO (WLS) -- A woman who lives in Chicago's Ukrainian Village neighborhood told police her brake lines were cut after she parked in a spot someone else had shoveled out and reserved with lawn chairs.

Dibs, or setting out furniture to claim a parking spot after clearing snow from the space, is a Chicago tradition. Some people take the practice very seriously, while others do not.

She said she realized something was wrong on the way to work when stepping on the brakes would only slow her vehicle and not bring it to a complete stop. She was shocked when a trip to the mechanic revealed her car had been vandalized. The repair cost her $225.

The woman said she thinks her car was targeted because she disregarded the lawn chairs indicating that someone else had "dibs" on the parking spot. She said it was the only available spot in the neighborhood and it hadn't been deliberately shoveled out.

"I understand that people have to put a lot of work into it. But, I've had to shovel my own car out of the snow when we had the big storm and I wasn't selfish enough to claim a spot that wasn't legally mine," the woman said, who asked to remain anonymous.

She hopes cameras at a nearby school recorded the incident. Police are investigating.

The 25-year-old feels her safety is now at risk. That's why she agreed only to a phone interview and asked not to go on camera with her story.

She disagrees that "calling dibs" gives drivers the right to a particular parking space. But she won't disregard the practice in the future. She said doing so is not worth the risk. 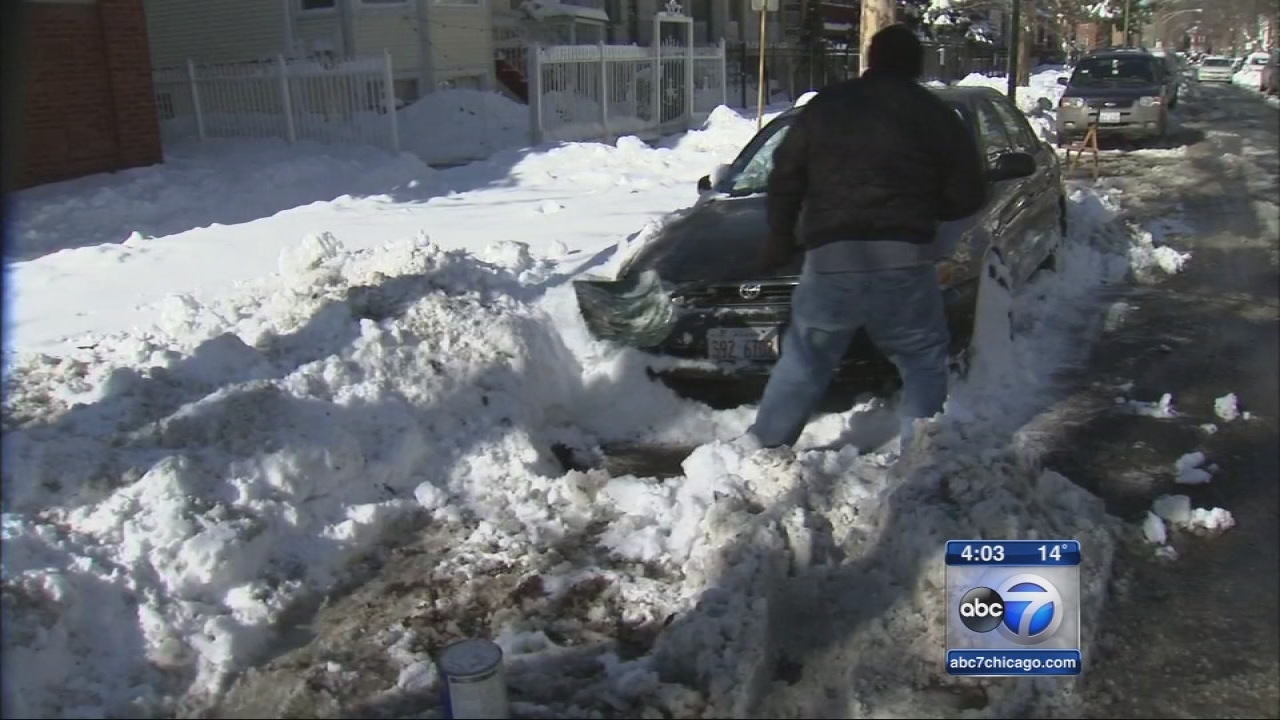