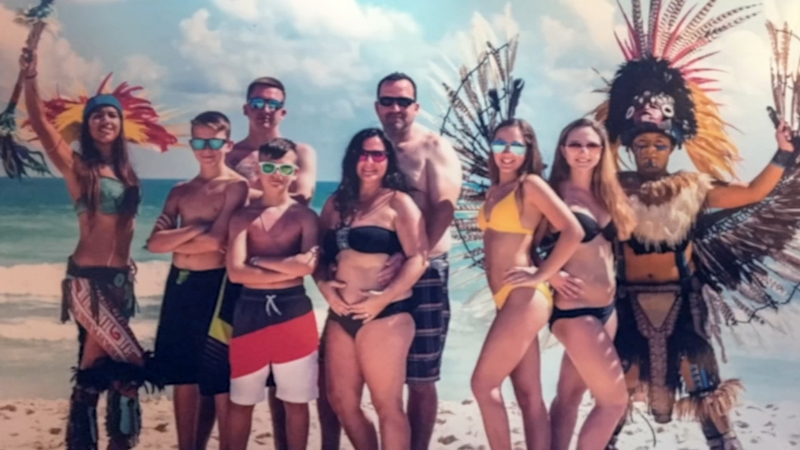 BARTLETT, Ill. (WLS) -- They were supposed to be dream vacations, but travelers said they turned into billing and booking nightmares. Now some customers are fighting for full refunds.

Consumers are filing police reports and Bartlett police said they are investigating the travel agency.

The I- Team has also learned that the business's license could be revoked pending a hearing, all due to complaints from some residents who say they lost money.

Christine Stein said she thought she pre-paid for a group trip - an escape to tropical paradise Cabo San Lucas - through her travel agent.

But there was a development when they arrived.

She said her group was stunned when they were told upon check-in that they had to pay more.

After coughing up the extra dough, which the hotel said was the "remaining balance," Stein said she wanted a refund from her travel agency, Ultimate Travel in Bartlett.

"We look forward to this every year with our friends," Stein said. "She ruined it for me, she really did."

Stein filed a police report in October stating that Ultimate Travel was in the process of refunding the $7,000. Stein said she did receive several refunds; the only money she said she's owed now is about $500 in credit card interest.

An attorney for Ultimate Travel blamed the resort for the error and said Stein is "believed to be fully credited, yet this customer is demanding interest ...a demand that is unsupportable and exorbitant."

"There are seven of us, we have five children, my husband and I," Simpson said. "I went crazy, I was mad."

Simpson said when they arrived in Cancun, Mexico, there were no reservations for junior suites, which were supposed to be reserved

"Then they told me they would give me standard rooms. That's when I got upset and said, 'I paid for junior suites, why would I get standard rooms,'" she explained.

Ultimate Travel helped move them to a sister hotel, but Simpson told police they still ended up with standard rooms and had to pay $527 more.

Ultimate Travel's attorney contends that Simpson's complaints "center around a hotel upgrade charge which was between the hotel and Simpson."

Deb Hanahan also complained about a trip she booked, saying, "It was trip to honor my recently deceased father and my whole family was going to go over to Scotland that was where my dad was born."

Hanahan's said Ultimate Travel offered her a deal to change four of her flights to first class, but told her she'd have to pay more money up front on her credit card. They said she'd be refunded the difference of the four coach tickets initially purchased.

Hanahan said she never received that refund of $3,000.

"If she couldn't get me my $3,000 that she said she was giving me as a credit in August, how do I have any faith she would ever come through with the actual tickets?" she said.

So Hanahan checked in with the airline, and said they told her the flights were not booked.

"I might have actually gotten to the airport in July and found out we had no tickets, imagine that. That would be even be crazier," Hanahan said.

Hanahan also filed a police report and is disputing the entire amount charged to her credit card, about $9,000.

"I want everything canceled, I want you to refund my money, I'm done." she reiterated. "And that was November 14th and I haven't seen a dime."

Ultimate Travel's attorney said, "The fact that a consumer filed a complaint with the BBB or AG does not mean or suggest that the assertions are accurate or actionable"

Knowles also spoke to Jean Romulus, another angry customer, who he asked if he felt he paid double for his trip.

Romulus said he too was offered a better deal on a Cancun trip, but he'd have to pay about $1,800 more on a new credit card and then he says ultimate travel would reverse $2,036 which he initially paid.

Ultimate Travel's attorneys said Romulus had been fully credited. Romulus is fighting back, saying he was credited in separate disputes but not the $2,036 initially charged. He also filed a BBB complaint.

The I-Team emailed and called Ultimate Travel, and stopped by the business. It was closed, so they went to the owner Kelli Kosiek's house. A man who identified himself as her husband stopped to talk.

Man: "Because that's what her lawyer told her."

Ultimate Travel's attorney sent a letter to the I-Team saying consumers did not understand the credit process, stating refunds are "controlled by the credit card company and at times the actions of the customer."

The attorney also questioned the motivation of the police investigation.

If you are using a travel agent to book you may want to independently check on your flights and hotel before you go.