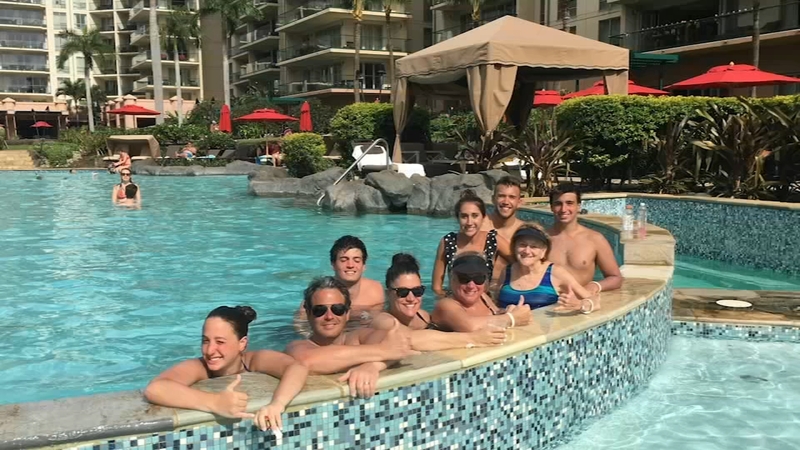 BARTLETT, Ill. (WLS) -- A travel business being investigated by the ABC 7 I-Team has now lost its business license. The license was revoked after Bartlett village attorneys reviewed complaints from people who claim they were overcharged for vacations.

"We had 26 people in Hawaii and no place to stay," Debbie Stratton told I-Team Consumer Reporter Jason Knowles.

Stratton's claim of stress and money loss was one of three cases documented in hearing affidavits. They convinced Village of Bartlett leaders to hold a hearing about the future of Ultimate Travel.

Stratton helped her mother Cecelia Mascari plan a Hawaiian family "vacation of a lifetime" for her 80th birthday, through Ultimate Travel.

According to her affidavit the prepaid group excursion, which started out at a cost of $36,823, skyrocketed to $84,775 after the family had to dip back into its pockets to cover airfare and hotels, which they said weren't booked as promised.

She filed complaints with the Village of Bartlett and police. At that hearing, the village revoked the business license for Ultimate Travel and other related business names.

"It sounds like she was attempting to make good by collecting from some to pay others but then it just snowballed," Bartlett Mayor Kevin Wallace said after the hearing. "She cannot, not in Bartlett and hopefully nowhere."

The ABC 7 I-Team reported on four other complaints against Ultimate Travel in February. Those consumers claimed they too dealt with billing and booking nightmares. Some said they also overpaid.

Ultimate Travel's attorney said all customers had been made whole. Three of the four consumers the ITeam spoke to, dispute that.

As for the revocation hearing, the business owner's attorney said his client, Kelli Kosiek, would "vigorously fight the village."

"They haven't shown up many times we asked them to show up," said Mayor Wallace.

The attorney also sent the I-Team a letter to the village in which he said the hearing wasn't needed because his client already agreed to surrender the business license.

The letter goes on to say that Ultimate Travel has never been asked to appear in court, and that village officials have "unlawfully usurped the role of the judiciary." He added that since there is an active "criminal investigation" there should be no hearing until that "investigation has been concluded."