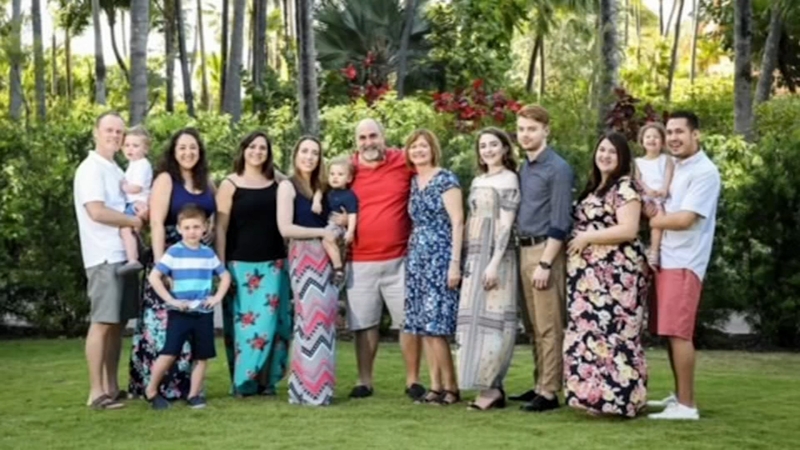 BARTLETT, Ill. (WLS) -- What was supposed to be a relaxing vacation for one man and his family turned into a nightmare with a travel agency.

Murray Friedman was planning a getaway to the Bahamas for him and 13 other relatives, but just two months before being in vacation bliss he found out his travel agent never booked his tickets.

While Friedman still managed to go on the vacation, he alleged the travel business owner's actions forced him to spend thousands of dollars more on a big vacation, which already cost him $14,000.

"I just kept doing my due diligence to find out if they were paid for and if I would get my tickets," said Friedman. "It was a big family vacation and I just didn't want it ruined."

After the serenity of the trip wore off, Friedman decided to take his vacation frustrations to court.

Friedman filed a police report and a small claims lawsuit against Ultimate Travel in Bartlett, including its owner, Colleen Kosiek, who also goes by Kelli. The suit said Kosiek never purchased the flight tickets.

Friedman disputed the $14,000 cost to his credit card and it was reversed. However, he said he had to spend an additional $5,198 to properly re-book the flights.

"I'm very disappointed knowing you for years in the same community, and that you would do this to a local business and a local friend. It's just not right," Friedman said he wants Kosiek to know.

The small claims suit also alleges that Kosiek "failed to use" Friedman's airfare vouchers totaling $1,100. The case was settled in a court hearing before trial.

"The settlement agreement we came to was for $4,500," said attorney Spencer Hunt, who represents Friedman. "Kelli Kosiek agreed to pay $1,000 each month."

In a letter, Kosiek's attorney said the settlement was agreed to since it would be less than trial costs, and that the facts of the "unwarranted lawsuit" would have proven there was "no deception" or "breach of agreement" by Kosiek.

The I-Team reported five other similar complaints where people said they had billing and booking issues, and in some cases overpaid. Ultimate Travel's attorney disputed claims or said people had been credited.

Last year, Bartlett Police conducted a search warrant on the now-closed business and said the company is still under investigation.

Ultimate Travel's attorney said that doesn't mean a crime was committed. Knowles asked Kosiek about the customer claims when she attended Friedman's recent small claims hearing but she did not answer.