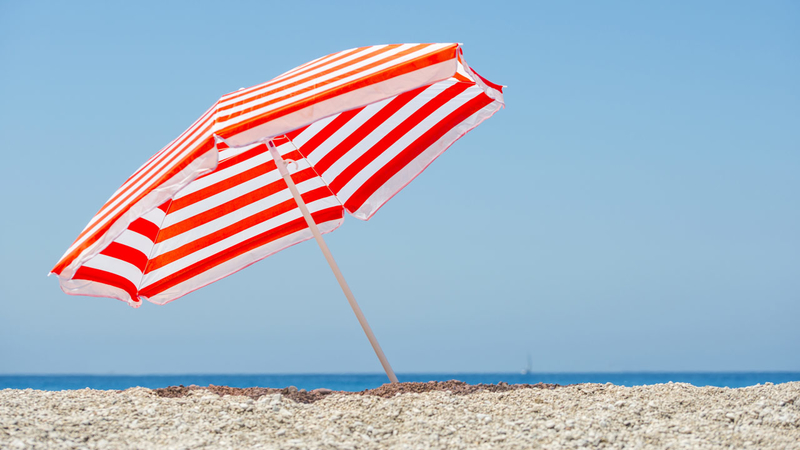 OCEAN CITY, Md. -- A 46-year-old Pennsylvania woman was airlifted to the hospital after officials say she was pierced in the chest by a beach umbrella in Ocean City, Maryland Sunday afternoon.

The incident happened at approximately 3:11 p.m. at the 54th Street beach.

Ocean City Beach Patrol Captain Butch Arbin said the victim was pierced by an unattended rental umbrella that had not been returned to the stand.

Captain Arbin said first responders secured the umbrella so it wouldn't blow around with the help of beachgoers.

Once the fire department arrived on scene, they were able to cut the wooden pole, but a small piece remained under the victim's skin.

OC Paramedics responded to the scene and took the woman to a Maryland State Police aviation helicopter. She was then transported to Peninsula Regional Medical Center.

According to Captain Arbin, at PRMC, doctors will perform X-rays and decide the best way to remove the remaining pole.

Her condition is currently unknown at this time, but officials say her injuries are not life-threatening.

Last week, a woman was impaled by a beach umbrella on the New Jersey shore. Authorities said part of the umbrella pierced the woman's ankle after being driven along by the force of the wind.