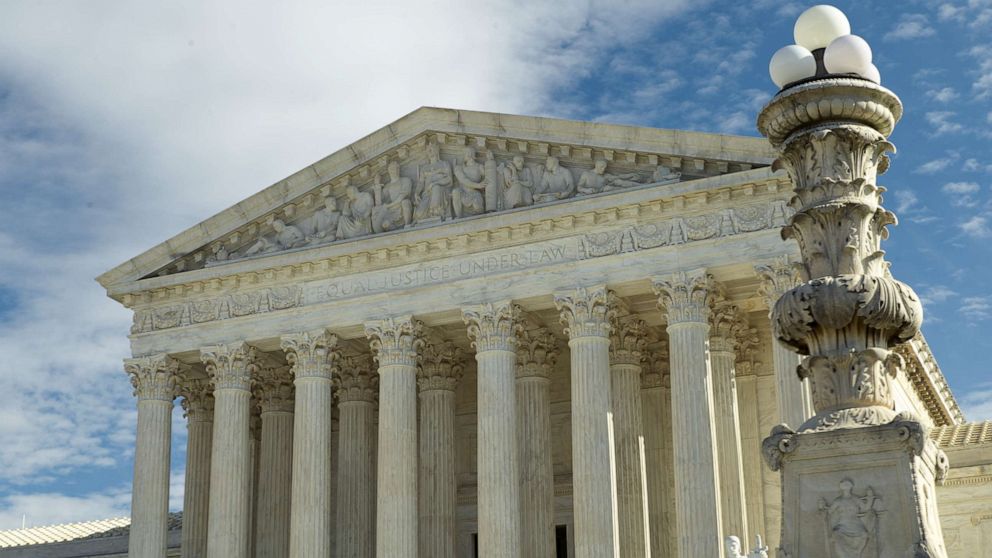 A unanimous U.S. Supreme Court reversed the federal fraud convictions of former New Jersey officials Bridget Anne Kelly and Bill Baroni for their part in the 2013 "Bridgegate" scandal that caused a traffic nightmare on the world's busiest bridge.

Justice Elena Kagan, writing the majority opinion, noted that the evidence in the case "no doubt shows wrongdoing -- deception, corruption, abuse of power," but concluded the realignment of traffic lanes in the scheme did not deprive the public of money or property in violation of federal fraud statutes as prosecutors alleged.

Kelly, former deputy chief of staff to then Gov. Chris Christie, and Baroni, a former Port Authority official appointed by Christie, were found guilty in 2016 of conspiring to fraudulently use taxpayer-funded resources to close traffic lanes on the George Washington Bridge in an act of political retribution.

"Today, the Court gave me back my name and began to reverse the six-and-a-half-year nightmare that has become my life," Kelly said in a statement on the decision. "Having been maligned, I now stand with my family and friends knowing that due process worked."

After the Democratic mayor of Fort Lee, New Jersey, declined to endorse the Republican governor's reelection campaign, Kelly and Baroni devised a scheme to inflict traffic gridlock on the town, imperiling the safety and security of local residents, according to law enforcement officials who testified during the trial. They claimed the closures were for a traffic study.

Christie has denied any wrongdoing. Since leaving office in 2018, he has been an ABC News contributor.

"As many contended from the beginning, and as the Court confirmed today, no federal crimes were ever committed in this matter by anyone in my Administration," Christie said in a statement. "It is good for all involved that today justice has finally been done."

Although it tossed the convictions, the Court did not mince words about conduct in the scheme: an unambiguous "abuse of power," the opinion says. Kagan summarizes in compelling detail how the "cast of characters" around Christie inflicted real harm on human life: "An ambulance struggled to reach the victim of a heart attack; police had trouble responding to a report of a missing child," she wrote.

Prosecutors said the scheme deprived the government of "property" as defined by anti-fraud laws, by "commandeering" the lanes and costing taxpayers the time and wages of state employees ordered to develop a phony traffic study.

"The question presented is whether the defendants committed property fraud," Kagan wrote. "Under settled precedent, the officials could violate those laws only if an object of their dishonesty was to obtain the Port Authority's money or property.

Kagan said the justices considered the realignment of the traffic lanes an "exercise of regulatory power" and that the lost employee wages were just the "incidental cost" of the regulation.

Clearly concerned about a slippery slope of prosecutions, the justices said that dishonesty, deception and abuse of power by public officials -- as outrageous as they may be -- do not alone meet the standard of fraud established by law.

"Federal fraud law leaves much public corruption to the states (or their electorates) to rectify," Kagan wrote, adding that "criminalizing all acts of dishonesty by state and local officials" is not what Congress intended.

This report was featured in the Friday, May 8, 2020, episode of "Start Here," ABC News' daily news podcast.