1. Please tell us about yourself, your background and why you believe you are qualified to hold this office.

I've served my community for more than thirty years as a 44th Ward aide, a lawyer, a Cook County Commissioner and now in Congress. I'm motivated by a spirit of community, our responsibility to look out for one another and a desire to protect America's core values: liberty, equality and justice. In Congress, I'm focused on restoring trust in government with policies that create jobs, expand the middle class, promote public safety and eliminate waste.

When it comes to government spending, I'm asking tough questions about what America actually needs. My "Reinventing Government" reports lay out detailed plans for streamlining the federal budget and reducing our deficit by $2 trillion over the next 10 years. As Illinois' only House Appropriations Committee member, I'm prioritizing investments in innovation and Chicago-area infrastructure to grow the local economy and spur job creation. I'm also fighting to protect funding for vital housing and social services programs, more cops on our streets and efforts to reduce gun violence.

The middle class must be strengthened with an economic policy that addresses today's realities, and I've supported efforts to raise the federal minimum wage, ensure women have equal pay for equal work and keep higher education affordable and accessible. At the same time, I'm focused on support for small businesses to encourage growth and keep jobs here at home.

I continue to lead on many of our nation's most challenging and significant issues - full LGBT equality, a woman's right to choose and commonsense gun law reforms that make our communities safer. An environmentalist at heart, I've pushed for strong environmental policies that protect our natural resources and address the growing threat of climate change.

America has real problems that can only be solved by working across the aisle with colleagues who are serious about getting things done. In DC, I meet weekly with a group of Democrats and Republicans who are committed to finding common ground on tough issues.

I've lived with my wife Barbara in Chicago's Lakeview neighborhood since 1982. My daughters are both grown and out of the house but my dogs, Scout and Duke, keep me busy. In my free time, I root for the Chicago Blackhawks, remain optimistic about the Cubs and enjoy playing ice hockey weekly in the district.

2. What are your thoughts on President Obama's plan for military action in Iraq and Syria?

I agree with President Obama: ISIS must be degraded and ultimately destroyed. The violence ISIS has brought to the region is deplorable. Their extremism raises serious concerns for both our allies and U.S. national security.

As with any military engagement, there will be considerable risks in combating ISIS. I do not take these risks lightly. I do not support a strategy that puts American boots on the ground in Iraq or Syria. We have been at war in the Middle East for more than a decade. In Iraq, we sent soldiers into combat for an unjustified war I opposed from the start. The human and financial costs were substantial, and we cannot repeat these mistakes.

The president outlined a plan that addresses these concerns but still presents a path to defeating ISIS. Most importantly, this will be a coalition effort with our partners in the region and our European allies. American airstrikes will play a key role, as already evidenced by the strikes that prevented the genocide of the Yazidis and the capture of the Mosul Dam. In Iraq, local forces and the Kurdish peshmerga will provide a necessary "on the ground" presence. In Syria, arming and training moderate rebel forces is a plan that is not without risks, but I believe can be successful with great diligence and oversight.

As the president has stated, the solution to this problem is political. It must be achieved by the people of Iraq and Syria and facilitated by regional partners. Minority factions must be included and respected. This is a complex region fraught with centuries-old sectarian differences, but I am hopeful that we have learned from our past mistakes.

Moving forward, Congress must fulfill its constitutional responsibility to define our long term strategy by replacing our outdated and overly broad military authorization with one that is narrowly tailored to respond to current threats. We need a full, open and honest debate that is necessary to decide what role America should play in international efforts abroad.

3. Several major retailers recently disclosed they experienced data breaches. What can Congress do to help prevent this?

Consumers are falling victim to data breaches at an alarming rate. Recent incidents at Target, Home Depot, Neiman Marcus and other retailers show that it is time Congress step in, replace a patchwork of state-level laws and create a strong federal standard that will help prevent the further spread of this crime. As mobile and digital payments become more prevalent in our day to day lives, clear guidelines are what both consumers and businesses need.

Congress began the process of shaping data-breach legislation this year by holding hearings on the topic and gathering input from businesses and consumer advocates. On a number of items, there is a consensus forming on the steps that need to be taken.

First, companies and government agencies need to be required to alert the public immediately if consumer data is exposed or stolen. Right now, it is up to the discretion of the impacted company whether to release information about a breach. Consumers have a right know when their data is compromised.

Next, companies that fail to take strong measures and adopt best practices for preventing breaches must be held accountable. These standards must be strong, but also flexible. The ever-developing nature of this crime means that security standards must quickly evolve to keep pace with criminals. The requirements on businesses must also be fair and reasonable. These standards must not negatively burden small businesses. The responsibility must also be shared among both retailers and credit card companies or banks, as they share a responsibility to properly protect consumer data.

4. Can the budget deficit be controlled only by spending cuts or does the federal government need to raise more revenue? If you favor more revenue, should there be a general tax hike?

The federal government cannot continue on its current fiscal path. The costs of an aging population continue to rise sharply. We must develop a plan that is big, balanced and bipartisan. Solutions to our budget woes exist, but they only work if members are willing to take hard votes.

That's why one the best votes I've taken in Congress was for a long-term bipartisan budget plan. Introduced by Republican Steve LaTourette and Democrat Jim Cooper, only 37 of my colleagues joined me to support this bold plan for deficit reduction. Modeled after the Simpson-Bowles Commission plan, the bill included $4 trillion in deficit reduction through a mix of revenue raising and spending cuts.

While Congress has been unable to pass a long-term solution, we have made some progress reigning in spending. In fact, 2013 and 2014 saw the smallest yearly deficits since the recession began. While smaller deficits are good, the means to this end have had a harmful impact on the future of our economy. Sequestration took a meat-cleaver approach to spending cuts when what we really need is a scalpel. As Illinois' only member of the House Appropriations Committee, I've seen the harmful impact "across the board" cuts have on crucial federal programs.

Instead of these broad cuts, we need a targeted approach. I've written a series of "Reinventing Government" reports showing how we can wisely save trillions. My recommendations include actions like reducing agricultural subsidies, reforming entitlement programs and cutting tax subsidies for oil and gas corporations.

At the same time, we need to make smarter investments that will grow our economy and create jobs. We should use our tax dollars to invest in Chicago's infrastructure, rather than on duplicative programs or tax write-offs for yachts. For every billion dollars we invest in transportation infrastructure, 30,000 jobs are created. That's why I will continue to fight for smarter investments that bring much needed federal dollars back to Chicago.

5. What are your thoughts on immigration reform?

America's strength as a nation is being jeopardized by our broken immigration system. We need comprehensive immigration reform that will secure our borders, grow our economy, and provide hardworking immigrants an earned pathway to citizenship. That's why I was proud to introduce a House companion to the immigration bill that passed the Senate last year.

An overwhelming majority of Americans support immigration reform because they know it's the smart thing to do for our economy. Through immigration reform, we can create a 21st century high-skilled immigration system that draws talent in the STEM fields from around the world to stimulate American innovation, enhance our global competitiveness, and help grow a high-skilled American workforce. By growing our GDP, increasing government revenues, and reducing the federal deficit, immigration reform will provide a much-needed jolt to the American economy.

Americans also support immigration reform because it's the right thing to do. The failures of our legal immigration system have resulted in millions of undocumented immigrants living in the shadows. A comprehensive bill must provide an earned pathway to citizenship, giving undocumented immigrants the chance to get in the back of the line, pay fines and back taxes, earn legal status, and become productive members of our society.

I'm proud that both the Senate and House immigration reform bills also include language that I authored to reform our visa waiver program, allowing allies like Poland the opportunity to join and bringing valuable international travel and tourism dollars into the Illinois economy.

Immigration reform should not be a partisan issue. With interests as diverse as labor unions and the Chamber of Commerce, law enforcement and civil liberties groups, and the bipartisan support of more than 200 members of the House, it is 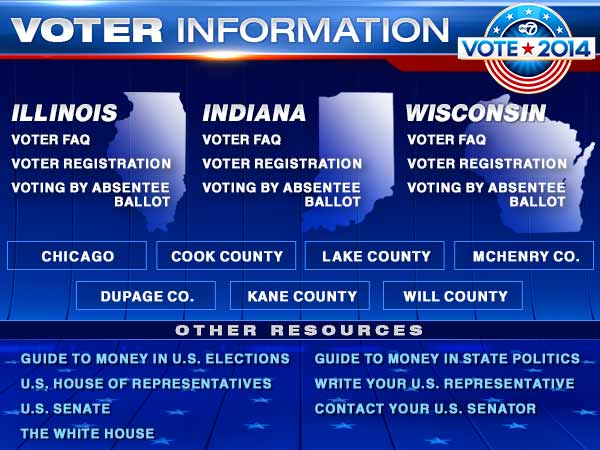