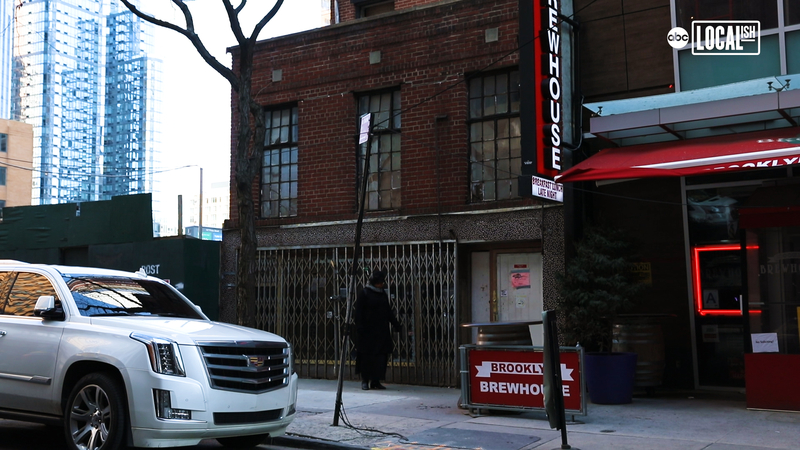 Brooklyn home believed to be part of underground railroad

DOWNTOWN BROOKLYN, Brooklyn -- Local activists are fighting to save a home in Brooklyn, believed to be a part of the Underground Railroad.

Half a block from a gym, a few doors down from a new hotel and next to a brewpub with a sign boasting of 'atomic wings,' lies a modest brick building that some believe was part of the Underground Railroad.

The building located at 227 Duffield St. is the last remaining original structure on a block co-named 'Abolitionist Place,' due to several anti-slavery activists who lived there during the mid-1800s.

The Truesdells were friends with abolitionist icon William Lloyd Garrison, and Harriet helped organize the Anti-Slavery Convention of American Women which convened in Philadelphia in 1838.

"We believe this home is a place in which people who had been enslaved were held while they were moving on the Underground Railroad and onto freedom in Canada," Bacquie Vaughn said. "They put their lives at risk."

Activists point to a series of tunnels in the basement connected to neighboring buildings, coupled with the knowledge that prominent abolitionists lived here, as justification for the strong suspicion that runaway slaves may have hidden here.

For decades, activists like Bacquie Vaughn have been making that case to the city in hopes the building would be granted landmark status.

In 2007, former owner Joy Chatel successfully fought an attempted seizure of the property through eminent domain.

Later that year, the city commissioned a report from an environmental firm that concluded there was no strong affiliation between the house and the Underground Railroad - a conclusion disputed fiercely by local activists.

The building's history has been fraught and difficult to uncover, like the Underground Railroad itself. Such an affiliation is both difficult to prove and disprove.

"We don't have records of the Underground Railroad," Bacquie Vaughn said. "The point was it was an illegal activity, and people weren't trying to have proof of that."

Joy Chatel passed away in 2014, and in the years since, 227 Duffield St. has fallen into the hands of new owners who have applied for a demolition permit.

Activists like Bacquie Vaughn and Rothblatt are still fighting to have the home designated as a landmark so it can be turned into a museum.

Bacquie Vaughn said the city has proposed that they put up a statue instead.

"You can put up a monument here, a plaque here, that does not have the same impact as touching the same stones that these people who were escaping slavery touched," Rothblatt said. "Coming here will change you."

Protests have been staged, fundraisers held, and a change.org petition to save the home has more than 5,500 signatures as of this writing.