WLS
By Mark Rivera
CHICAGO (WLS) -- May unemployment numbers are out, they're offering hope for some, but not for others. The national unemployment rate dipped to 13.3%, down slightly from April's 14.7%.

Two and a half million jobs were added in May as states slowly reopen.

As Illinois starts to ease COVID-19 restrictions, it's making a big difference for workers like Shannel Alloussi at Sydnee's Pet Grooming in the West Loop.

"It was a relief that I was finally able to go back to work when there are still so many people that aren't working," Alloussi said.

She was temporarily laid off when lockdown started, but is part of the more than 2 million people back to work across the nation in the month of May.

"I tried to be grateful for what I did have even though I wasn't working," she said.

Now, she's back grooming the pets she loves.

But the numbers tell a more complex story.

2.7 million people who were temporarily laid off went back to work in May. But the number of permanent job losses continued to rise, increasing by 295,000 in May to 2.3 million.

"It's only about 11% of the 22.1 million jobs that have been lost during this pandemic period. So we're just taking the first step," said Senior Vice President Andy Challenger, with career transition firm Challenger, Gray and Christmas.

But the data indicates black workers are still being left behind. Nationally black unemployment remains significantly higher than white unemployment 16.8% vs 12.4%.

And in Illinois in April, unemployment claims rose for black residents at a higher rate than any other race or ethnicity.

At Shawn Michelle's Homemade Ice Cream in Bronzeville, Nataki Muhammad was able to keep her staff on during the pandemic and her business is thriving.

"Thankful that is how we feel," Muhammad said. "You know, we are really, really thankful. Because...a lot of businesses have had to shut their doors."

She said she knows how difficult it can be for black workers in this economy.

"Making it so that our staff is part of the unemployment number. I think the inequity part, there's nothing we can do about that except continue to just work hard," she said.

National unemployment is still enormous, as is the rate in Illinois at 16.4%, more than 1 million people in the state.
Report a correction or typo
Related topics:
careersillinoiscoronavirusu.s. & worldunemployment
Copyright © 2020 WLS-TV. All Rights Reserved.
UNEMPLOYMENT 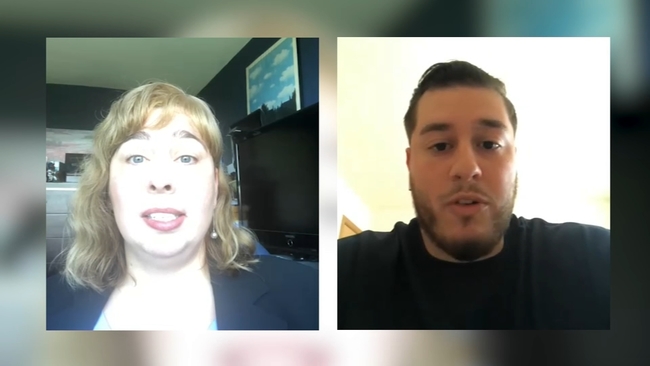