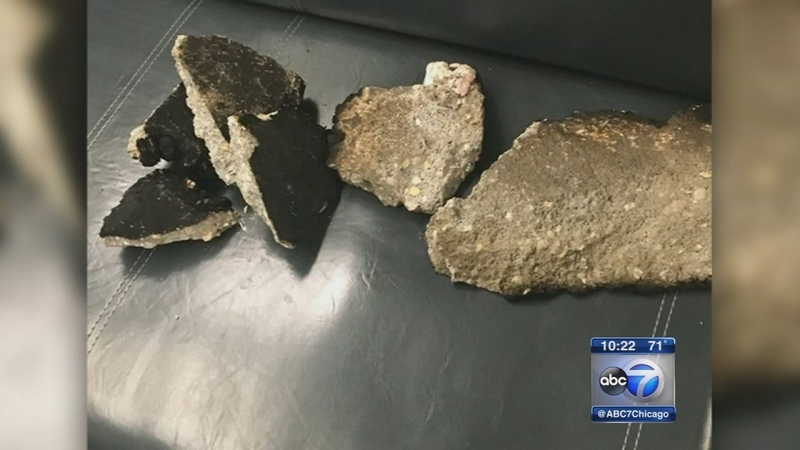 CHICAGO (WLS) -- A woman was hit by falling concrete at Union Station Tuesday evening as she got off a Metra train.

"With all of the blood and pain, I honestly didn't know how badly injured I was. People around me started asking 'Are you okay, are you okay? You're bleeding!'" said Hilda Piell.

Bloodied and confused, fellow passengers and eventually paramedics came to Piell's aid. She said a station worker told her this wasn't the first time concrete had fallen, but she was the first person to be hit.

Union Station has been riddled with problems. In 2015, burst sprinkler pipes spewed a murky brown liquid into the station. There's also been concerns about poor ventilation trapping dangerous levels of diesel exhaust.

"Whoever is responsible for maintaining Union Station, they need to pay attention. The station is crumbling. There is no way big chunks of concrete should be falling 20-25 feet from the ceiling and striking commuters," Piell said.