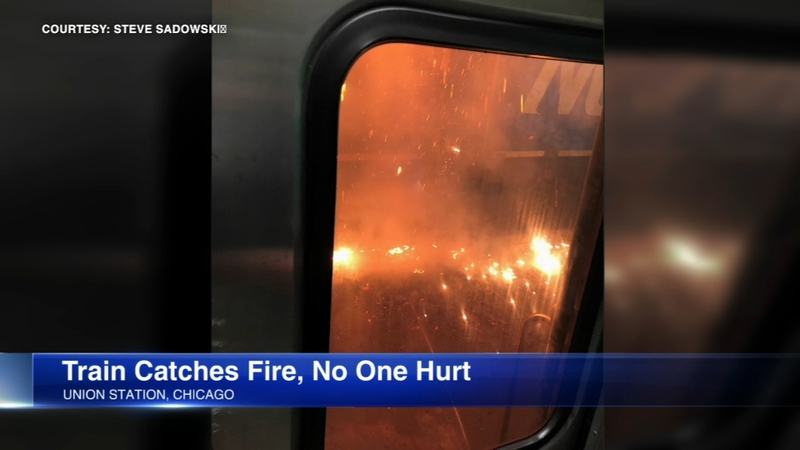 CHICAGO (WLS) -- A train fire caused disruptions for commuters at Union Station in downtown Chicago Thursday during the evening rush.

Reports of the train fire initially surfaced on social media. One commuter tweeted at ABC7Chicago, "trains on fire in Union station!"

The fire was on outbound Metra BNSF train #1285 which as on Amtrak tracks, fire officials said. All passengers were removed and no injuries were reported.

BNSF and Southwest Service line trains were stopped for a time, but service resumed around 7:40 p.m.

Fire officials said the fire was contained to one engine and there is considerable smoke in the station. The fire was struck out around 6:45 p.m.

Fire is out on locomotive we are using lines to cool engine. Fire was interior of locomotive engine. No injuries. See Amtrak for service resumption.

Crowds formed inside Union Station during the delay, where the air was hazy. Fire officials worked to ventilate the station.

The cause of the fire is not yet known.