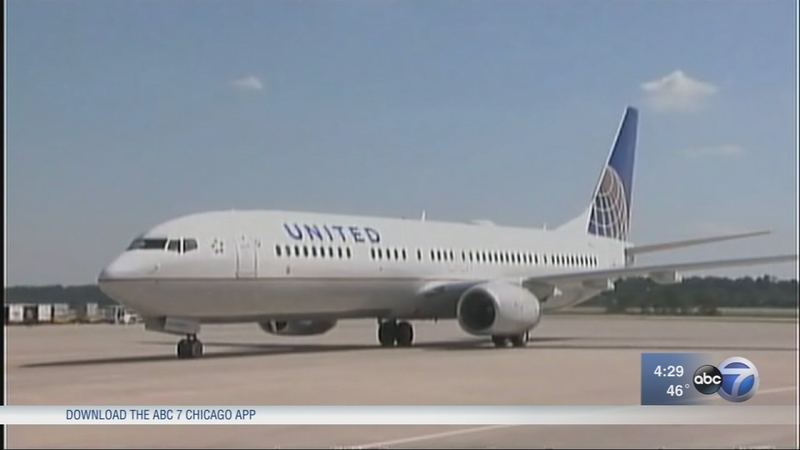 United to pay passengers up to $10K to give up seats

CHICAGO (WLS) -- United Airlines announced Thursday several changes to its policies and the way it handles passengers, after a doctor was dragged off a flight to make room for a crew member. Among the "substantial changes" announced are increased customer incentives for giving up a seat and reducing the amount of overbooking.

Dr. David Dao, the passenger who was bloodied when being taking off the plane, reached a settlement with United Airlines on Thursday.

"Dr. Dao has become the unintended champion for the adoption of changes which will certainly improve the lives of literally millions of travelers," said Dao's attorney Thomas A. Demetrio in a statement.

The changes come in the wake of a tumultuous month for United Airlines customer relations.

On April 9, passenger David Dao was forcibly removed from United Express Flight 3411 by aviation law enforcement at Chicago's O'Hare International Airport when he refused to give up his seat to make room for United crew members who needed to board to work a different flight. Dao was bloodied and injured in the altercation.

In the past two months, United also faced complaints from passengers regarding sexual harassment, passenger dress code and even a scorpion.

United previously announced that they would no longer allow crew members to displace customers already onboard an airplane. Additionally, as a direct result of the backlash the airline has faced since the incident with Dao, United announced the following changes:


The airline said several of these policies would be effective immediately, while others would be rolled out throughout 2017.

United CEO Oscar Munoz sent an email to customers that apologized, detailed policy changes, and revealed that United is giving its employees a new app.

The email stated:
"We will increase incentives for voluntary rebooking up to $10,000 and will be eliminating the red tape on permanently lost bags with a new "no-questions-asked" $1,500 reimbursement policy. We will also be rolling out a new app for our employees that will enable them to provide on-the-spot goodwill gestures in the form of miles, travel credit and other amenities when your experience with us misses the mark. You can learn more about these commitments and many other changes at hub.united.com."

The passengers ABC 7 spoke to on Thursday were happy about United Airlines' changes but concerned that they were implemented after such a horrifying incident.

"I think it's a good reaction to how they messed up in the first place," said Jim Lake, a United passenger.

"If that incident hadn't happened, would they have ever changed? I don't think so," said United passenger Doreen Hall.

At a Red Cross awards ceremony, United CEO Oscar Munoz was supposed to present an award. Instead, United President Scott Kirby was there on his behalf and addressed the Dao situation.

"This was a situation where we had a policy that put our employees, the police, and our customers in an impossible situation and we are going to fix that. United is a better airline today and it will be a better airline going forward because this happened," said Kirby.