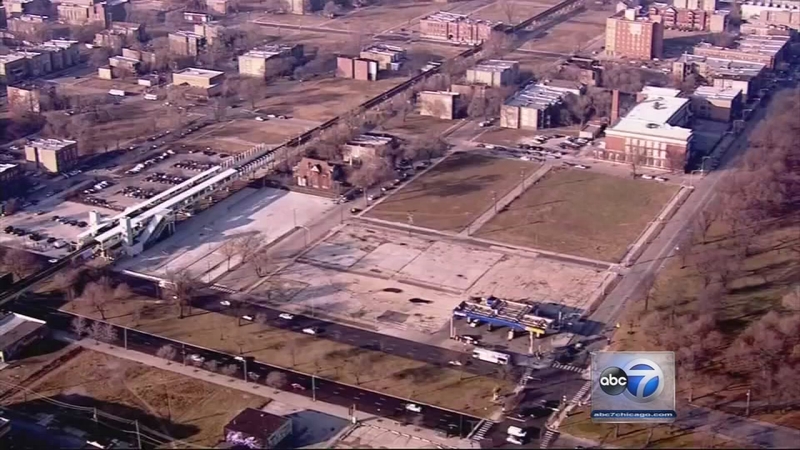 CHICAGO (WLS) -- Hundreds of people were expected to attend a second public hearing about plans to bring the Barack Obama Presidential Library to Chicago's South Side.

Wednesday's discussion could determine the viability of two locations proposed by the University of Chicago: a 22-acre site in Washington Park and a 21-acre site in Jackson Park, across for Hyde Park Academy in the city's Woodlawn neighborhood.

"This is the same way we talk about all that Millennium Park did for Chicago. You're going to build Millennium Park in our neighborhood. Incredible," said Ghian Foreman, who supports UChicago's Washington Park proposal.

Neither piece of land proposed by UChicago belongs to the school. They are both owned by the Chicago Park District. Mayor Rahm Emanuel hasn't said whether he would support building the Obama library on park land.

"Presidential libraries come only once. I don't think Chicago should miss on this unique opportunity - educationally, socially or economically. It's a unique investment wherever they pick and they're going to pick Chicago," Emanuel said.

"Right along this corridor, there are museums. So why not put the Obama library somewhere in that location or use some of this vacant property and integrate that into the plan?" said Karen Shyne of the Washington Park Residents Advocacy Council.

The University of Illinois at Chicago also submitted a site for consideration. UIC proposed building the presidential library on a 23-acre piece of vacant land in the city's North Lawndale neighborhood, near Roosevelt Road and South Kostner Avenue.

"We feel we have a very compelling and strong proposal for the West Side - that UIC North Lawndale is a strong contender. We would like people to know that there are two bids in this competition in Chicago," North Lawndale Presidential Library Committee Spokesperson Marcus Betts said.

Wednesday's hearing was scheduled to begin at the Washington Park Fieldhouse at noon.