Father of newborn fatally shot near University of Chicago 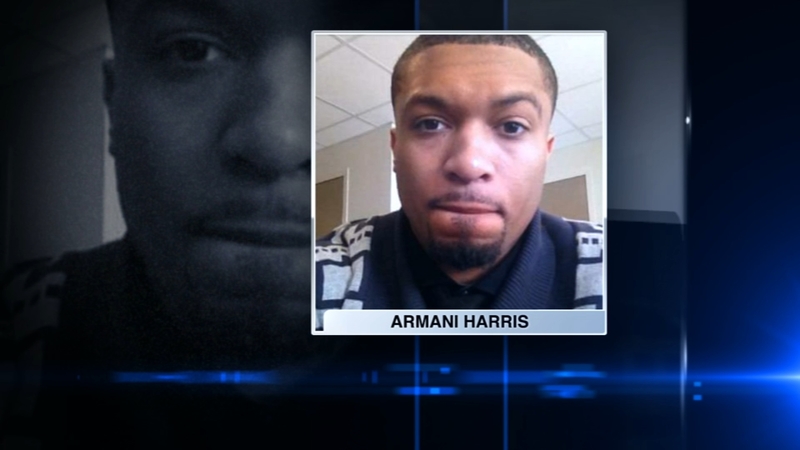 CHICAGO (WLS) -- A 25-year-old man was shot and killed while stopped at a red light in a park that runs through the University of Chicago campus.

Family identified him as Armani Harris, who is the father of a newborn. Relatives said he just got a new job and a new car, and that he was just hitting his stride.

"He's a good kid," said Archer Williams, the victim's grandfather. "He just got a new job. Got a new car to get back and forth to work, a new baby. He was just reaching his stride. I know you're not supposed to question God, but man. I don't get it."

Crime tape stretched for several blocks near Rockefeller Memorial Chapel. Campus security guards could be seen on several corners near the shooting scene.

Just after midnight, Harris was stopped at a red light in the 1200-block of Midway Plaisance in a narrow park operated by the Chicago Park District.

Police said that's when another vehicle pulled up and someone inside fired shots into Harris' SUV, wounding him in the head, shoulder, arm and thigh.

He drove his SUV a short distance, before crashing into a tree. Harris was rushed to the University of Chicago Medical Center, where he died.

The victim's mother, Candace Anderson, is heartbroken over his murder, along with their close-knit family.

"He went on to college," she said. "He was a worker of the railroad. He had several jobs. He made paint for aircraft at O'Hare. He was a good man."

Anderson is asking or help in finding her son's killer.

She said Harris did not have work Wednesday and was at the beach for most of the day. Harris leaves behind two children.

"He recently had a baby and he has a step child," Anderson said. "He took on his girlfriend even when she was pregnant. He got with her and he raised her child."

Police said Harris did not have any criminal history with them.

A campus security guard was talking to a University of Chicago police officer when they heard the gunshots.

The University sent an alert out to students, saying the victim was not affiliated with the school.

"I mean that's like campus. It's campus. It's Hyde Park. It's the middle of the neighborhood," said Valerie Vanhoose, who works on campus.

Students and employees said they generally feel safe on campus.

"I don't really have much concern because I see the University of Chicago police officers all the time," said Tyrone Langford, who works on campus. "They are all around the campus. So that is a little reassurance."

No one is in custody. The shooting remains under investigation.

BREAKING: Grandfather tells me his grandson 25 yo Armani Harris was the man who was shot and killed near the #UniversityofChicago campus overnight in a drive by shooting. Harris has new baby, new job and a new car. Family says he was just hitting his stride. No one in custody. pic.twitter.com/3ZvVMUUnRl