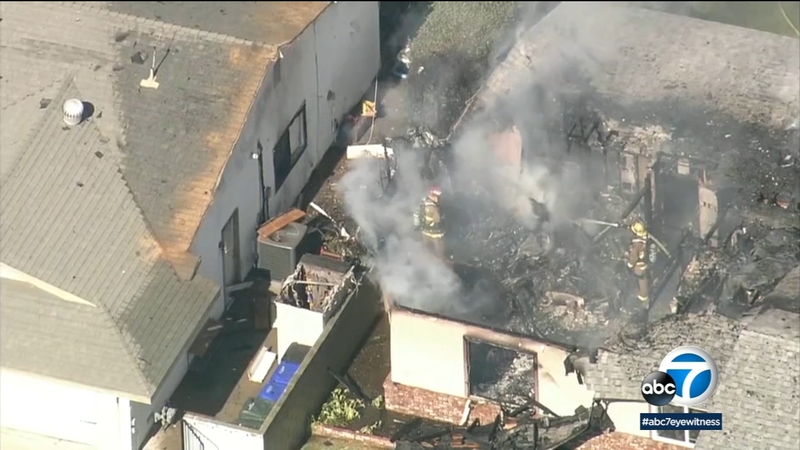 UPLAND, Calif. -- The pilot of a single-engine plane died after crashing into a house in California Thursday morning, sparking a massive fire, officials said.