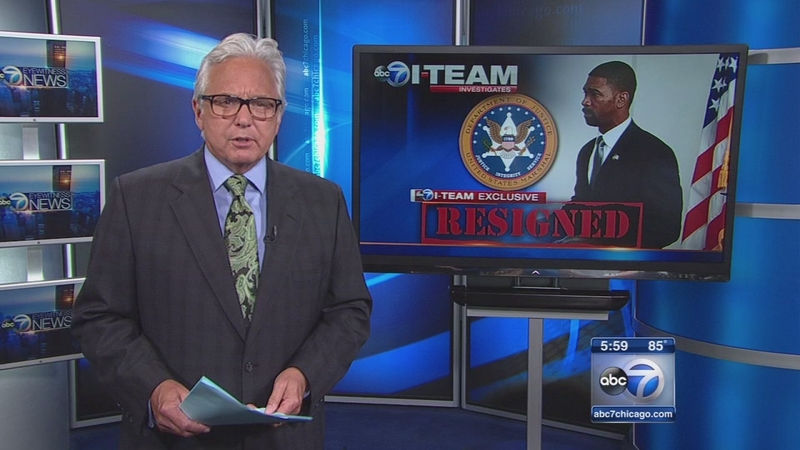 CHICAGO (WLS) -- The Justice Department will appoint a temporary, acting U.S. Marshall in Chicago to fill the spot being vacated by Darryl McPherson on Friday, the ABC7 I-Team has learned.

The I-Team first reported Monday night that McPherson resigned from the presidentially-appointed position and would accept demotion to another job in Chicago.

Even though 16 months remains on McPherson's term, a permanent replacement will be sought, according to a spokesperson for Sen. Dick Durbin (D-Illinois.) The senior senator from Illinois "will recommend one or more candidates to the White House to fill the vacancy, but we just got the news of the vacancy ourselves and we don't have any announcements yet regarding the process or timing" said Christina Angarola, Durbin's Illinois communications director.

"Sen. Durbin will work to get the most qualified person nominated and confirmed as quickly as possible" Angarola said.

There has still been no official announcement from Washington or Chicago explaining why McPherson resigned but the I-Team revealed a year ago that McPherson was subject of a Justice Department investigation targeting financial mismanagement of the office.

Federal sources familiar with the McPherson situation on Tuesday told the I-Team:

Joel Kirch is expected to be named as temporary US Marshal following the resignation of Darryl McPherson.

As Chicago deputy marshals worked the streets tracking down wanted fugitives, at their headquarters in the Loop, administrative operations were unraveling, according to the I-Team investigation.

An audit of the office and its nearly $30 million Chicago budget turned up serious problems according to sources in the Marshal's office: Bills were being paid late or not at all, creditors were calling the office, and the I-Team has been told money was being spent on office furniture that sources claim was unnecessary, and giveaway trinkets such as challenge coins, even after the Department of Justice had put a freeze on purchasing the coins.