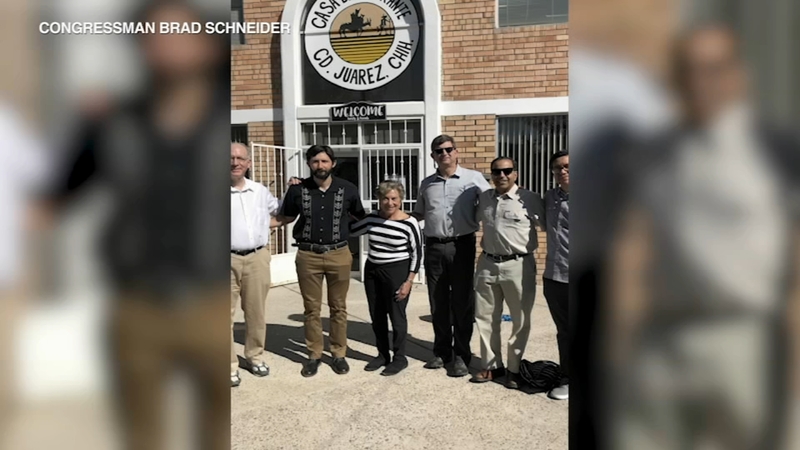 Several Illinois members of Congress visited migrant shelters at the U.S.-Mexico border this week in an effort to investigate the impact of President Donald Trump's immigration policies.

U.S. Reps. Jan Schakowsky and Brad Schneider were among the more than 20 delegates to travel to the southern border in El Paso, Texas, and Ciudad Juárez, Mexico.

They also visited the Paseo del Norte Bridge and Processing Facility in El Paso, including the Customs and Border Patrol facilities where migrants are processed and detained, the congressman's office said.

The lawmakers said they found the once packed facilities nearly empty. They said it's because most migrants have been forced to return to Mexico and await asylum under a new Trump administration policy.

The policy sought to prohibit migrants from seeking asylum unless they come into the United States through a designated port of entry. It was rejected by a federal judge on Friday.

"Many of the women that we see, have been raped and abused, and yet the United States of America makes it really, really difficult for us to accept them in our country," said Schakowsky said in a video posted on Twitter Thursday.

Earlier today, I had a chance to visit the U.S. Consulate in Ciudad Juarez, Chihuahua, Mexico. #DemsAtTheBorder pic.twitter.com/zb5HkhHdTQ

During the tour, the lawmakers learned a migrant man had collapsed and died while in U.S. custody in New Mexico.