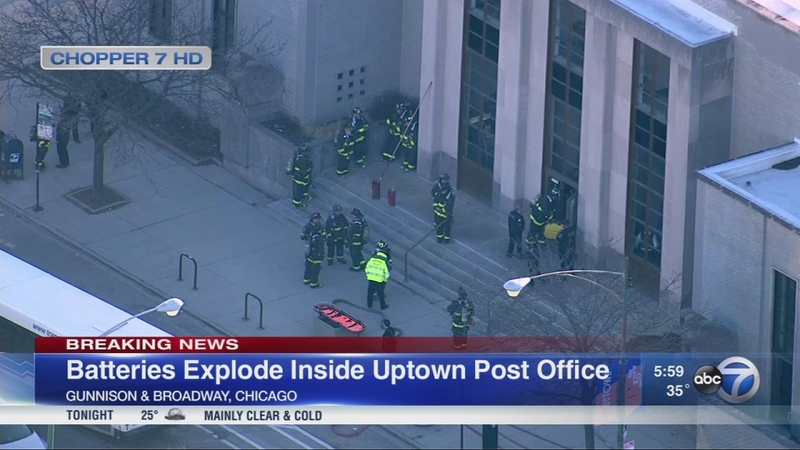 No one was injured in the explosion in the 4800-block of North Broadway Street, officials said. Traffic was blocked around the building for a time, though Broadway has since reopened. The post office remains locked and closed. No one is being allowed in or out.

The box was initially reported as a suspicious package, drawing a hazmat response from Chicago police and firefighters.

It was not clear if the batteries had been sent through the mail or dropped off at the post office.